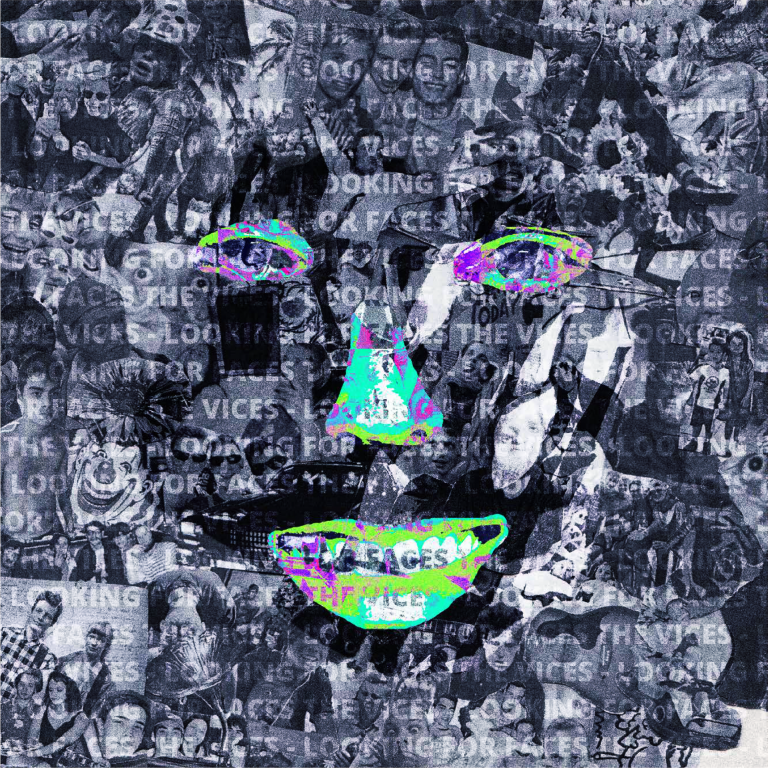 The Vices’ Looking For Faces: “An Inspired Collection of Songs”

There’s a certain excitement in a debut album that a band never gets to emulate ever again. The blank slate, zero expectations, the excitement in possibilities that comes from something new. There’s no backlog of reference points and comparison, no return to form or best work since, no cliche fatigue, instead it’s limitless possibility and a chance for a band to make a statement. For some bands, like The XX or Fontaines D.C., their modus operandi is so distinct that right from the start, their sound is distinct enough to become immediately recognisable, with an album worth of songs exploring ideas within the boundaries of that calculated style. As impressive as that approach may be, it hides some of the human element that lies behind who they are. There isn’t the same sense of urgency that you get from albums like Genesis Owusu’s instant classic from this year, and now Looking For Faces from The Vices.

There’s a strong feeling of revivalism straight off the bat. The opening title track is one of the most unapologetic nods to Britpop I’ve heard since the genre fell from vogue so long ago. From the opening drumbeat (with its hints of breakbeat) to the clean wah guitar which acts as the chorus hook, it’s a bold statement of intention and its bold exploration of an “uncool” genre shows a respectable confidence that they’re doing what they want and don’t care what you think about it.

Though just as you get settled in this neglected style, they take a left turn and the subtleties of Before Your Birth offer something entirely different. The 90s are put aside and we move into the post-Arctic Monkeys hangover of UK indie. It’s a solid example of its sort and one of the album’s highlights, but you can’t help wondering if this is the same album you’re hearing as the tonal shift makes such a leap. It’s only frontman Floris van Luijtelaar’s distinct and expressive voice that carries the common thread between the two. The result of this genre hopping journey is, as you’d expect, one with mixed results. While the pulsing electronic drum beat underpinning In and Out matched with a Strokes-like delivery gives the album one of its highlights, the cod-reggae of The Neighbour is a Bitch is as appealing as its title and description suggest.

Strangely enough, it’s in their covers that The Vices reveal the true fabric of what they’re about, with their controversial recent cover of The Scorpions’s “classic” Winds Of Change ruffling many trad-rock feathers as they reimagined the song in their gypsy-indie style. On the album, their sole cover is of Elliot Smith’s Between The Bars, which discards the original’s delicate subtleties and replaces them with a glamorous, polished rework. In both cases, these covers have been unapologetically reimagined in The Vices style, and in this particular example, they manage to pull it off. It’s testament to the versatility of van Luijtelaar’s voice that he manages to retain some of the delicacies which are constantly under threat from an overzealous sting quartet.

Despite these many distinctive elements to their sound, there’s an impressive amount of genre toe-dipping, such as the eastern tinges that carry through Trouble or the dub echo of Good Morning City, Now Let Me Sleep… The lo-fi sound of Just Like With Lou almost feels reactionary to their own cleanliness, as if second guessing themselves before anyone else even gets a chance to. It shows a creatively inspired band who are more than happy to explore new ideas and gives you no distinct impression of what they’re capable of in the future. What The Vices have created is an inspired collection of songs which may lack a certain cohesion in some regards, but replace this with an excitement that makes each new track a surprise which offers something for everyone. This is clearly a talented group of individuals who are not ready to be pinned down to a singular description. Whether or not they retain their wild streak in future, or settle into a particular groove, only time will tell, but this is certainly a debut album with the excitement and artistry to offer something for everyone. Looking For Faces is out now via Mattan Records.