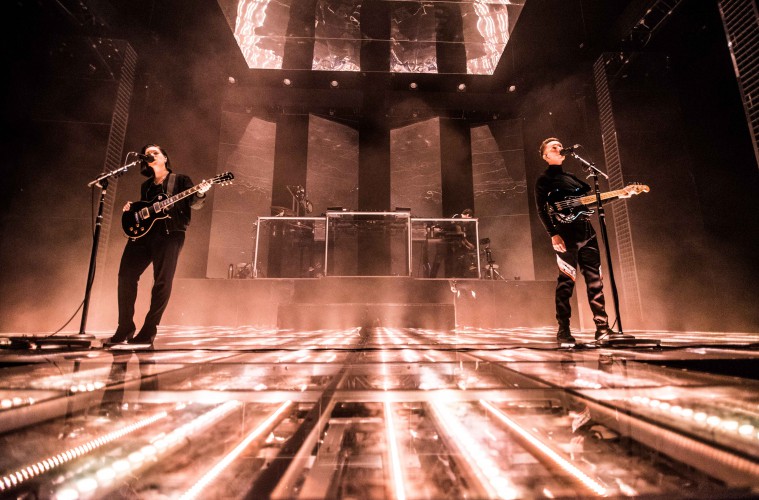 The xx in Amsterdam: A Live Show For the Ages

Yesterday, Wandsworth trio The xx took to Amsterdam’s newly rebranded AFAS Live. The show sold out in no time, which cemented their status as one of today’s most popular acts. New album I See You also charted in at #1 on Dutch soil. American vocalist Kelela took to the stage as special guest, having appeared at Down the Rabbit Hole in 2016. With her sultry vocals, Kelela managed to draw some comparisons with FKA Twigs. She knows her way around a good RnB track, even with the room half empty. Perfect warm-up for The xx. When The xx take to the stage, the one thing people can’t miss is their massive mirrored stage production. The concept surrounding new record I See You is heavily incorporated here, with rotating mirrors to each side of the Romy Madley-Croft and Oliver Sim-fronted trio. Popular track Basic Space is stripped back completely, giving the song a new intimate sheen which hadn’t been demonstrated before. However, a cover of Drake’s Too Good eventually did make for an unnecessarily slow moment in the show. When early track Infinity (from debut record XX) is pulled out of the bag, the band realize how to once again put on a tight live show, with the crowd reacting likewise regarding energy. By the end of the show, the band managed to mix a handful of tracks into one megamix, which the crowd went mad for. With an impressive production to boot alongside a tight show, it seems as though there is no stopping The xx. Ziggo Dome next year?

All words and images by LOTTE SCHRANDER. Translation courtesy of Jack Parker. I See You is out now.