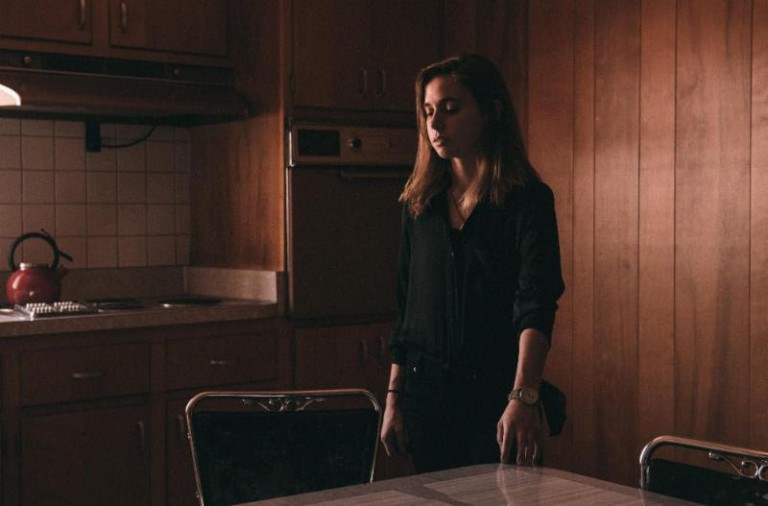 All Things Loud’s Official Album of the Year: The Top 10

In comparison to previous years, picking a record which has truly stood out head and shoulders above the rest has become seemingly tougher. The amount of artists who really upped their game in 2017 has increased tenfold, with smaller, lesser known artists certainly faring better than the established greats who failed to impress (we’re not naming any names, Bono). Taking into account the surge in importance and usage which streaming platforms have feasted upon in recent years, it shouldn’t come as a surprise that the amount of accessible music correlates strongly with the qualitative increase many artists have taken responsibility for. Today, 3 December 2017, is the day that we reflect on the ten best collections of music to grace speakers, stages and our own minds throughout the course of the year. Let’s go. In at 10 is LCD Soundsystem‘s long-awaited comeback album, American Dream. On it, James Murphy and co. reinstate their title as dance-punk pioneers with a knack for catchy melodies, thoughtful ambience and Murphy’s classic New York drawl. His lyrics, which are as quick-witted as ever, touch on the hyper-personal as he tackles topics such as isolation, love and his outlook on life. From the brooding, beat-infected how do you sleep? and groove-laden tonite through to the anthemic call the police and pulsating opener oh baby, American Dream has slowly but surely grown to become one of Murphy and co.’s best records. It’s the comeback nobody knew they wanted, but now love more than they expected. On DAMN., Compton’s very own Kendrick Lamar ditches the funk and groove which made predecessor To Pimp a Butterfly so renowned and successful. Instead, he’s adopted trap beats and a generally darker lyrical character to hammer home his thoughts, feelings and prayers on life as an African American rapper in the Trump era. There’s plenty of subtle hints and references hidden in and amongst the record, however you couldn’t call it a concept album per se. DAMN. is one of the year’s finest rap releases, and it looks set to push Lamar another step in the right direction. Not that he needs much pushing anymore… Los Angeles multi-instrumentalist and musical centipede Thundercat doesn’t seem to have an off button when it comes to providing music for and collaborating with renowned artists. From Childish Gambino and Erykah Badu to Mac Miller and Kamasi Washington, the Californian artist’s imprint is practically unavoidable. When it comes to his solo work, however, he’s less prolific. Drunk is his third collection of music, and it certainly serves as his best offering too. From its immaculately constructed grooves to its soulful vocals, Drunk is a defining statement by an artist whose time in the shadows greatly outweighs his time in the limelight. Furthermore, if lead single Them Changes doesn’t get you moving, then nothing else will. If you’re not familiar with Thundercat just yet, then change that as soon as you can. Foxygen may be an extravagant bunch, but you’d still be forgiven if you haven’t heard new album Hang. It’s not exactly risen high above the radar from a commercial point of view, but if you look at it from a musical perspective then you’re witnessing one of 2017’s finer collections. Frontman Sam France and compatriot Jonathan Rado enlisted the help of a 40-piece orchestra to give Hang’s catchy showtunes some bombastic, Great Gatsby-esque undertones. The ELO-tinted On Lankershim serves as a highlight, with the short-but-sharp Upon a Hill and brooding America also making for memorable moments. Where Foxygen go next is anyone’s guess, but if they stick to what they did so well on Hang then they could have another fantastic record on their hands. Indie wonderkid King Krule‘s spent a few years in the shadows, but it seems to be the case that his silence was well worth the wait. The OOZ follows on from 2013’s 6 Feet Beneath the Moon, an album which firmly thrusted Archy Marshall into public consciousness at the mere age of nineteen. Marshall’s return on The OOZ (which was also aided by a 2015 effort under his birth name) is almost grungy in its approach, utilizing finely crafted elements of punk, jazz and hip hop to achieve a sonic blend seldom produced before. Standout track Dum Surfer is one of Marshall’s best, and if his current (sold-out) European tour is anything to go by then 2018 looks set to be huge for King Krule.

5 WHILE SHE SLEEPS – YOU ARE WE Metalcore albums don’t come much finer than this. After escaping the shackles of a major label, Sheffield quintet While She Sleeps built their own studio in an abandoned warehouse and set out to create magic. The result? 11 brutally beautiful tracks which explore all the various facets of Loz Taylor and co.’s artistic abilities. Title track You Are We kicks things off with destructive impact, whereas standout track Silence Speaks enlists the help of Bring Me the Horizon’s Oli Sykes. There isn’t a dull moment on You Are We, something which can be attributed to the band’s sheer determination and hard work. If the critical acclaim this album received is anything to go by, then While She Sleeps could be looking at become an established, almost ‘household’ name within the confines of today’s saturated metal scene. Australian septet King Gizzard & the Lizard Wizard don’t know how to sit still. February’s Flying Microtonal Banana is the first of four records which Stu Mackenzie and co. put out this year alone (the other three – Murder of the Universe, Sketches of Brunswick East and Polygondwanaland – all feature elsewhere in our Top 50), and it’s by far the best. On this album, the Aussies explore and experiment with microtonal tuning, a musical style which utilizes “the notes between the notes”, creating a distinct, Eastern-tinted sound. Lead single Rattlesnake is essentially a succinct introductory class to microtonal music (a simple how-to of sorts), whereas the double-drumming patterns on Nuclear Fusion, drones on Doom City and Zurna horns on Billabong Valley take proceedings that extra step further. King Gizzard & the Lizard Wizard certainly don’t do things by halves, and Flying Microtonal Banana is certainly testament to this. Chadwick Johnson and his men in HUNDREDTH have had a busy year. After the release of the post-hardcore missive FREE in 2015, they went out and explored the world with a barrage of live shows across the globe. As they whittled down their commitments and focussed solely on producing a new record, something seemed to change within the Californian quartet’s sonic palette. RARE is a departure, and not a little one. Gone are all signs of their post-hardcore past, having replaced them with hefty elements of shoegaze and post-punk akin to My Bloody Valentine and Joy Division. Johnson’s vocals, sonically washed out for the most part, are calm and woozy, with the music that surrounds him sounding like an appealing mesh of different noises chucked through Kevin Shields’ sonic blender. This is the sound of a band making music that’s influenced by the artists they actively like and collectively listen to, and it’s also the sound of them doing it justice. It’s not often that a debut album charts so high on an end-of-year list, which means that California’s Movements are certainly doing something right. Inaugural effort Feel Something tugs at the heartstrings of the listener in a way that not too many post-hardcore or indie punks can. From its raw, in-your-face opening on Full Circle to the lilting Daylily, Feel Something is the sound of a band still finding their feet in a world governed hatred and controlled by greed. Not that Movements are aiming their lyrical snipers at those in higher places, though; instead, the album sees Patrick Miranda and co. outline their own personal growths, struggles and challenges as they work towards growing into their new roles as musicians. Feel Something is the kind of record which can affect you personally without so much as giving it a second thought, and that’s exactly why we rate it so high: it’s raw, it’s personal and it’s a breath of fresh air in a largely stagnant alternative ‘scene’.

1 JULIEN BAKER – TURN OUT THE LIGHTS On Turn Out the Lights, Memphis multi-instrumentalist Julien Baker pours her heart and soul into each and every single second in a way only she knows how. Centring solely on her voice, and backed with minimal instrumental accompaniment, it’s a record which well and truly showcases her as nothing more than an artist who will go down as one of today’s best. Over the course of eleven tracks, Baker tugs at the most intricate of your heartstrings as her sickly sweet voice lodges itself firmly within the confines of your mind for days on end. Appointments instantly sets the tone for what’s to come on an emotional level, picking up where album opener Over left off. It’s merely the start of a hyper-personalized journey which Baker takes the listener on, openly highlighting the very facets of her personal life which make Turn Out the Lights so stunning. She leaves no stone unturned, and doesn’t shy away from unleashing her feelings to such an extent where you can almost visualize yourself being a witness to every single moment. Despite its significantly minimalistic instrumental backing (which adds to the record’s intimacy), Baker more often than not allows her voice to soar high above the clouds on the likes of Turn Out the Lights, Shadowboxing and the absolutely phenomenal curtain call Claws in Your Back. With such an immense collection of music on her hands, there couldn’t have been any other spot on this list which Turn Out the Lights was worthy of. Baker has, without a shadow of a doubt, produced the best record she possibly could, subsequently making for an absolutely spectacular Album of the Year.

And there you have it. Julien Baker‘s Turn Out the Lights has topped the our Album of the Year countdown. Music from the entire Top 50, which was contributed to by everyone currently working at All Things Loud, is available in the below Spotify playlist, where you can count down from Falling in Reverse’s Coming Home all the way through to Julien Baker’s stunning list-topper, one song at a time.