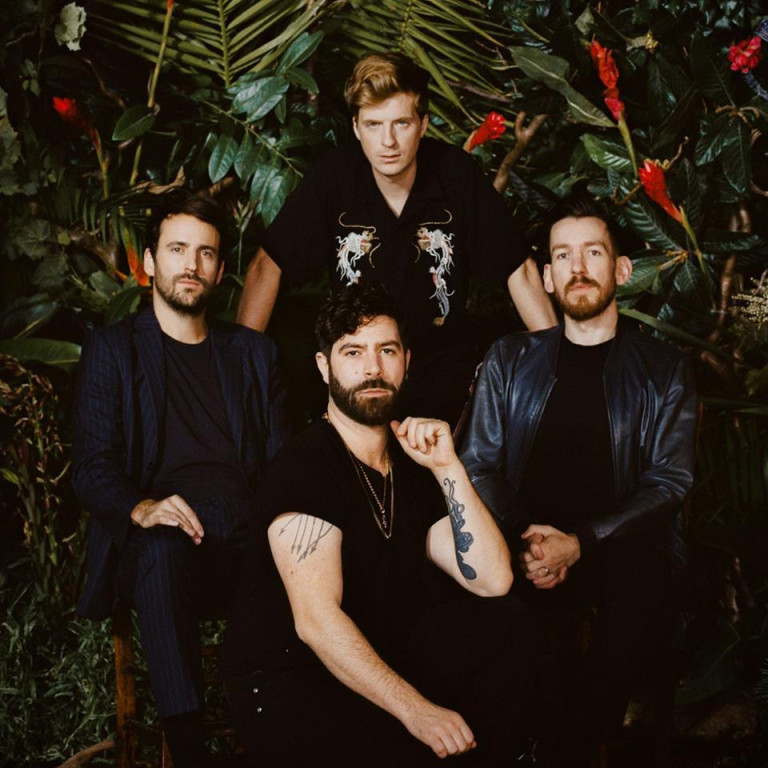 Last week we introduced you to All Things Loud’s Weekly Pick, a brand new column which highlights the best album releases of the last week. Today (8 March), Jack Parker and Sébastien Gamez introduce you to another set of hot new records as part of Weekly Pick’s second instalment. Featured among today’s recommendations are fresh full-lengths from the likes of Foals, Sports Team, Children of Bodom and M83.

FOALS – EVERYTHING NOT SAVED WILL BE LOST (PART 1)

It’s been a long four years since Foals last released a studio album. 2015’s What Went Down served as a defining chapter in the book of Yannis Philippakis and co., spawning some of their biggest shows to date whilst also demonstrating the Oxford quartet’s ability to churn out banger after banger after banger (Mountain At My Gates, anyone). Everything Not Saved Will Be Lost is the first of two Foals albums slated for release this year, and it marks a welcomed return to form for the band after parting ways with bassist Walter Gervers last year. Its ten tracks – including highlights Exits, White Onions and In Degrees – showcase four musicians unafraid to experiment whilst still retaining the oomph of their older work. Foals have hit the ground running on their new album, and as 2019 progresses you can bet that they’ll become an unstoppable force yet again. JP
For fans of: Lofty choruses, slick production, stadium rock
Key track: White Onions

Hailing from Antibes, France, M83 have amassed quite a following over the years. Starting out as a shoegaze band with releases on the Gooom label, they eventually made a switch to synthpop, electro and indie rock on most acclaimed release Hurry Up, We’re Dreaming. Ever since, they’ve been proactively touring and writing music. Their latest release, Knife + Heart is another movie soundtrack to add to their discography, for a film of the same name. An ambitious project that does the M83 name justice. SG
For fans of: Washed Out, Beach House, Wild Nothing
Key song: La Caverne

It’s no secret that Sports Team are one of our favourite new bands of the moment. The English collective emerged last year on the victorious Winter Nets EP, a short collection of music which did more than enough to water the mouths of critics the world over. So much so that an appearance at Eurosonic Noorderslag in January has earned Alex Rice and co. bookings on some of Europe’s biggest stages, among them the hallowed Rock Werchter main stage. Sophomore collection Keep Walking! presents the listener with another set of five songs, spearheaded by the insanely catchy M5 and new single Get Along. The EP carries with itself a different vibe to Winter Nets, yet still retains the youthful energy which makes Sports Team such an exciting new guitar band. JP
For fans of: Pavement, Pip Blom, quirkiness
Key song: M5

SÂVER – THEY CAME WITH SUNLIGHT

Sâver is the latest project to come from the brilliant Pelagic Records label. A hefty dose of excellently brewed sludge metal (of the highest quality), this Oslo based 3-piece are shaking up the avant-garde metal scene with slow, heavy and fuzzy riffs, soul-piercingly harsh vocals and a nice blend of moody atmospheres. This latest release, They Came With Sunlight is their debut full-length. At 6 songs, and with some instrumental passages, it’s a short listen but a powerful statement. SG
For fans of: Neurosis, YOB, Motorpsycho
Key song: I, Vanish

STELLA DONNELLY – BEWARE OF THE DOGS

“I use my vibrator, wishing it was you” sings Australian indie pop musician Stella Donnelly on Mosquito, the second track taken from new studio album Beware of the Dogs. It’s a lyric which stands out on the album due to its sheer honesty, showcasing Donnelly’s ability to say whatever the hell she likes and still be taken seriously. Beware of the Dogs is a fine collection of thirteen tracks which bridge the gap between indie pop and country folk in a way that doesn’t sound forced nor half-baked. Stella Donnelly is a modern day lyrical genius, intertwining personal anecdotes with unabashed honesty and wit. JP
For fans of: Julia Jacklin, Snail Mail, bedroom pop
Key song: Season’s Greetings

Shady Bug are a St. Louis-based indie rock band. Lo-fi, yet warm production is what they excel at, with tight drums smoothly sitting in the back of the mix as warm and fuzzy guitars jams lead you into a summers day. Lemon Lime is the perfect soundtrack for a melancholic yet hopeful day in the park. SG
For fans of: Ovlov, Glued, Stove
Key song: Spooky

Two words: pure pop. Pop is not a dirty word, despite the fact that fans and critics still hang certain ideals and connotations off of it in order to form a half-baked opinion or create prejudice. Sigrid isn’t an ordinary popstar, though; on the contrary, she’s as much a regular human being in both her image and music as she is a world star in the making. Debut album Sucker Punch has been more than a year in the making and is spearheaded by career-launching singles Strangers and Don’t Kill My Vibe. It’s a wonderful collection of twelve downright pop bangers, ranging from the upbeat and dynamic to stripped back and intimate. It’s an exciting first step for an artist who looks set to dominate 2019, whether you like it or not. JP
For fans of: Scandinavian pop, Robyn, getting down
Key song: Strangers

Children of Bodom need little introduction. This melodic death metal band from Finland have made quite a name for themselves over the years through acclaimed albums Something Wild, Follow The Reaper and Blooddrunk.  Their latest album, Hexed, is a perfect album for fans of intricate guitar melodies supported by fast-paced bass & drums. SG
For fans of: In Flames, Arch Enemy, Ensiferum
Key song: Under Grass and Clover