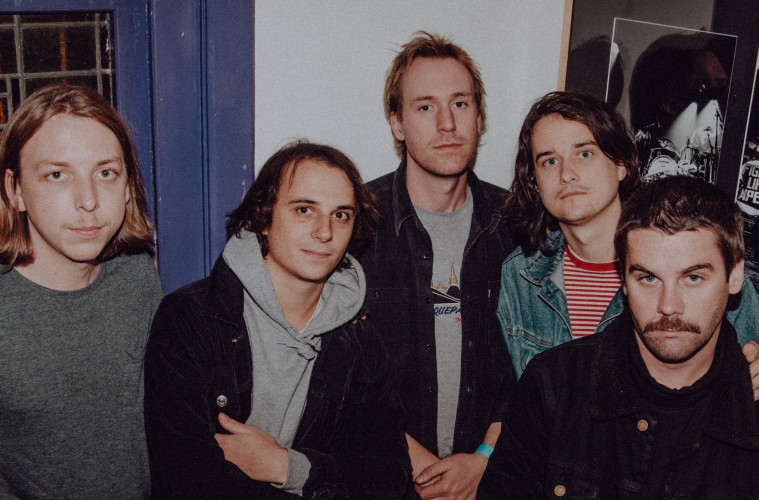 Last month we introduced you to All Things Loud’s Weekly Pick, a brand new column which highlights the best album releases of the last week. Today (22 March), Jack Parker introduces you to another set of hot new records as part of Weekly Pick’s fourth instalment. The Murlocs, Nilüfer Yanya and Wallows all feature.

Oh, Australia. There really has to be something in the water, because so much music from one sunny island cannot be this good. The Murlocs – a King Gizzard & the Lizard Wizard offshoot – are yet another example of Aussies and their ability to churn out fantastic music time and time again, with new album Manic Candid Episode by far their most entertaining release to date. It comes two years after the scuzzy Old Locomotive, with Ambrose Smith and co. exercising their right to boogie to the max. Opener Problematic Subject features an abundance of Smith’s classic harmonica, with previous singles Withstand and Comfort Zone standing out as familiar friends alongside the jangly Spun Gun, intriguing Samsara Maya and powerful finale My Compromise. As blues rock albums go, The Murlocs have really nailed it with Manic Candid Episode. JP
For fans of: King Gizzard & the Lizard Wizard, The Babe Rainbow, weed
Key song: Problematic Subject

There’s something incredibly intriguing about London-based artist Nilüfer Yanya. Although she’s – at least on paper – billed as a straightforward singer-songwriter, there’s an incredibly intricate wave of layers which thread through the melancholic bedroom pop of stellar debut album Miss Universe. Said layers are crafted so immaculately that Yanya sounds almost imminently breakable when the songs reach peak fragility (Melt), yet so powerful when everything truly comes together (Baby Blu). There are no words to describe the beauty which underpins Miss Universe’s seventeen songs: it’s really just an album you need to hear for yourself. You won’t be disappointed. JP
For fans of: Men I Trust, ALASKALASKA, bedroom pop
Key song: Baby Blu

When actors and actresses make music, it can be easy to blur your opinions on the quality of their music through the level of their stardom. Oh so often have we looked at a ‘famous’ artist’s music while wearing rose-tinted glasses. Wallows frontman Dylan Minette has, despite his best intentions, fell foul of this while starring in hit Netflix show 13 Reasons Why. His involvement in the show may have done a whole lot of good for the incredibly talented Wallows, but it also (as is expected) cast a significant shadow of doubt over their credibility simply due to Minette’s celebrity status. Despite this, the music on debut album Nothing Happens is pretty damn good. It’s a 38 minute selection of pristine indie rock which occasionally borders on bedroom pop and sometimes dares to branch out towards slacker punk. Minette’s monotone voice nicely contrasts the upbeat likes of Treacherous Doctor, Scrawny and I’m Full, whilst complementing the album’s more introverted cuts. There’s even a well-timed appearance from Clairo, as well as the odd splash of strings and horns. Had Minette not already been famous, then Wallows’ debut offering definitely would have taken care of that with little difficulty. JP
For fans of: The Vaccines, Hippo Campus, summer nights
Key song: Treacherous Doctor