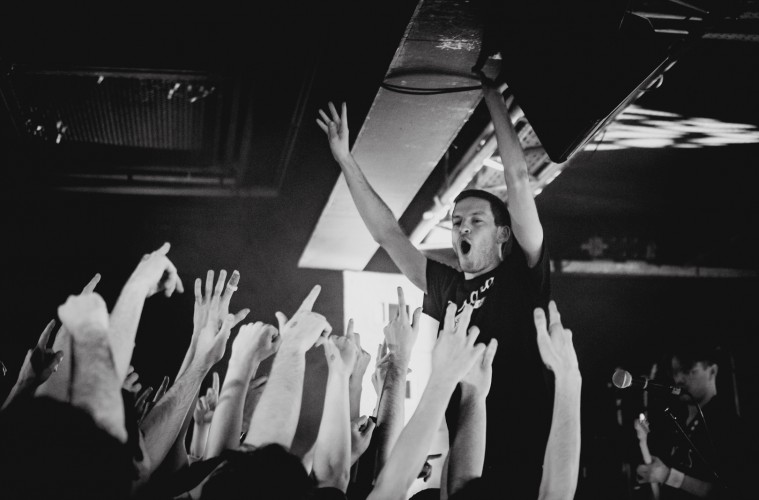 In February we introduced you to All Things Loud’s Weekly Pick, a brand new column which highlights the best album releases of the last week. Today (7 April), Sébastien Gamez introduces you to another set of hot new records as part of Weekly Pick’s fifth instalment. Periphery, Cocaine Piss and PUP feature.

Periphery are a five piece progressive metal band from Washington D.C. With their heavy, signature, triple-guitar sound, the band are back on 4th album HAIL STAN. The record starts off on Reptile, a killer 16 minute track which is arguably one of the best in their discography. Hail Stan is everything which fans could have expected from the band, while offering a fresh, new take on the Periphery sound. A must listen for prog fans.
For fans of: TesseracT, Animals As Leaders, Textures
Key song: Blood Eagle

Belgian female-fronted noise-punkers Cocaine Piss are back with their signature punk beats and visceral vocals. Passionate & Tragic is an album that, albeit quite out there, is lyrically introverted and covers confrontational relationships and friendships. A tough listen to get through front to back, however worth every second.
For fans of: The Guru Guru, Girl Band, The Glucks
Key song: Eat the Rich

Morbid Stuff is PUP‘s 3rd full-length. The band have been (prolifically) making a name for themselves ever since their self-titled debut emerged in 2013. Morbid Stuff  presents a new façade to their indie rock, and its blend of post-punk riffs. PUP are definitely one to keep an eye out for in the future, as they’re bound to continue growing globally.
For fans of: Culture Abuse, The Menzingers, The Sidekicks
Key song: Free At Last