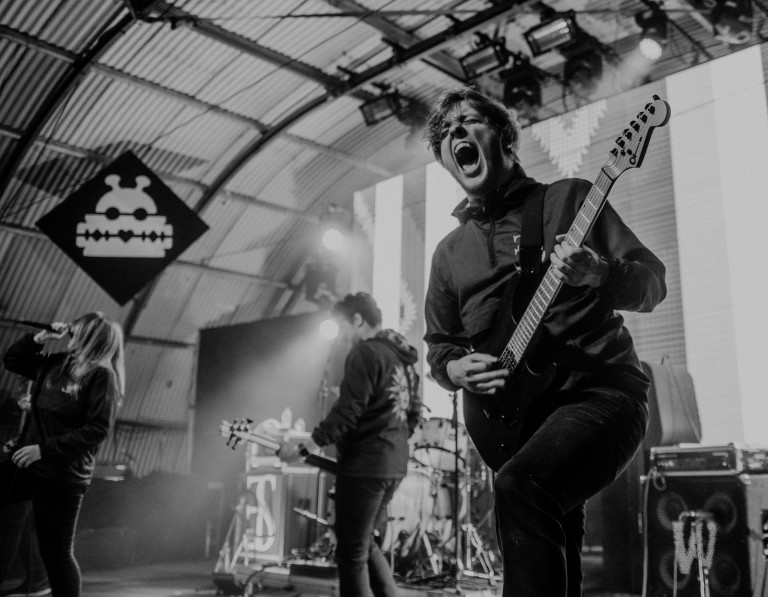 In February we introduced you to All Things Loud’s Weekly Pick, a brand new column which highlights the best album releases of the last week. Today (13 May), Sébastien Gamez introduces you to another set of hot new records as part of Weekly Pick’s fourth instalment. Employed to Serve, Defeater and We Never Learned to Live feature.

Post-hardcore heavy heads Employed to Serve, from the UK town of Woking, are back with their third full-length album. It’s safe to say that this latest project is a fully-fleshed out form of their music, with heavily distorted riffs, clashing drums and an incredibly visceral vocal performance by Justine Jones. Singles like Harsh Truth and Force Fed already gave us a taste of the record, but it goes far deeper than that. Far, far deeper.
Key song: Eternal Forward Motion
For fans of: Rolo Tomassi, Cult Leader, Palm Reader

What’s better than a heavy dose of hardcore punk in the morning? That’s right, nothing. That’s why Defeater’s latest, self-titled project was a heavy wake up call today. Sitting at a mere 34 minutes, this album packs a fast-paced, heavy punch in the face. It’s everything fans could have expected from Defeater in 2019, but with a more introspective touch.
Key song: Desperate
For fans of: Modern Life Is War, Ruiner, Comeback Kid

WE NEVER LEARNED TO LIVE – THE SLEEPWALK TRANSMISSIONS

We Never Learned To Live are a relatively new post-rock & post-hardcore outfit hailing from Brighton. Signed to Holy Roar records, and with former Employed to Serve member Brett Houslop on board, this band are one to look out for as they rise within the post-hardcore scene. With a focus on ambience within such a heavy genre, their take is unique and refreshing.
Key song: Human Antenna
For fans of: Bird in Row, Pijn, The Drowned God