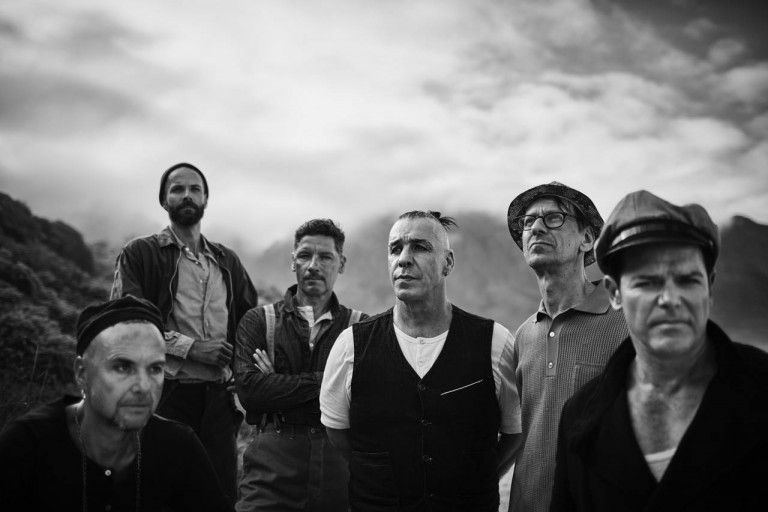 In February we introduced you to All Things Loud’s Weekly Pick, a brand new column which highlights the best album releases of the last week. Today (17 May), Jack Parker and Sébastien Gamez introduces you to another set of hot new records as part of Weekly Pick’s eighth instalment. Rammstein, Com Truise and Biffy Clyro feature.

It’s been a long time coming, but Rammstein finally returned with utmost grandiosity today on their long-awaited and untitled seventh studio album. The record’s eleven songs are a perfect example of why – after two decades in the business – Till Lindemann and co. are still one of the strongest metal bands to ever walk this earth. Opening on the thought provokingly controversial DEUTSCHLAND (which we analysed in-depth here), Rammstein set the scene with ease for another mammoth sonic journey. Its caterwauling riffs, paired with Lindemann’s commanding tone, are a monstrous force to be reckoned with. This continues on following tracks RADIO, ZEIG DICH, AUSLÄNDER and SEX, all of which – together with DEUTSCHLAND – make for the most impressive opening salvo of heavy music in quite some time. It’s all killer riffs, pounding rhythms and that oh-so-appealing Lindemann snarl. There’s something very special about the ferocity at which Rammstein hit listeners during these five tracks, and it doesn’t end there. PUPPE and DIAMANT tug at your heartstrings, whilst the one-two of closing tracks TATTOO and HALLOMANN make things a whole lot darker. WAS ICH LIEBE and WEIT WEG don’t quite hit that same level, but are still special. It may have taken Rammstein ten years to properly return, but the wait is most definitely more than worth it. JP
Key song: DEUTSCHLAND
For fans of: Emigrate, Marilyn Manson, and anything else dark and heavy

Ten years of harsh, teeth-grinding metal from the depths of hell are this band’s legacy so far, and they are far from screaming their last breath. Full of Hell are back with their fourth full-length project, having released many split projects with the likes of The Body and Merzbow (both excellent noise, doom and industrial projects). The band deliver another mind blowing, ear-shattering project on Weeping Choir, filled with thick, overwhelming bass, crisp and sharp drum patterns and vocals straight from the depths of hell. SG
Key song: Downward
For fans of: All Pigs Must Die, Nails, Cursed

When Biffy Clyro made the promise to release two studio albums within the space of a year, no one quite anticipated that the first of these would be a magnificently sprawling, 17-song sonic exploration. The original soundtrack to new film Balance, Not Symmetry features a soundtrack solely constructed by Simon Neil and co., and it’s a wild ride from start to finish. The opening title track – which accompanied the album’s announcement on Wednesday – is a harsh and unbridled exercise in raw hard rock (complete with a classic Biffy chorus), with the likes of All Singing And All Dancing, Fever Dream, Tunnels And Trees, Plead and Jasabiab making for some of the band’s best work to date. There’s room for experimentation here and there (interludes Pink and Navy Blue), but on the whole it’s everything you’d come to expect from a band who never stop moving forward. JP
Key song: Balance, Not Symmetry
For fans of: Arcane Roots, Muse, Twin Atlantic

Four Bibles is the latest project by Hey Colossus, a UK-based band who create psychedelic and hypnotic rock. Having started back in 2004 on debut release Hey Colossus Hates You – a more doom metal and stoner rock approach to their sound – they eventually deviated to a more psychedelic and Krautrock-inspired sound over the years, which this latest project is securely nested in. Sitting at 48 minutes, this album isn’t a lengthy one by Krautrock standards, but it does a great job of compressing interesting stylistic ideas into a shorter time scale. SG
Key song: The Golden Bough
For fans of: Oxbow, Kowloon Walled City, Harvey Milk

It’s difficult not to instantly think of mega hit Call Me Maybe when you think of Carly Rae Jepsen, but maybe now it’s time for the tides to turn. Dedicated is the long-awaited follow-up to 2015’s critically acclaimed Emotion, and it’s another powerful step into the world of perfect pop for Jepsen. From opening track Julien‘s wobbly synths and airtight hooks to Want You In My Room‘s straight-up smash hit potential (and the brilliantly nostalgic Too Much), Dedicated showcases Carly Rae Jepsen’s newfound status as queen of pure pop. Forget Call Me Maybe and Good Time, because Dedicated is where it’s at. JP
Key song: Want You In My Room
For fans of: Charli XCX, Lizzo, MARINA

New York based Seth Haley’s Com Truise is just one of his many personas with which he works. Com Truise focuses on the experimental and bottom-heavy side of electronic music, which he himself likes to call “mid-fi synth-wave” or “slow-motion funk”, which quite accurately describes the sounds he delves in to on this latest project. Beautiful synthetic melodies weave into one another as slow, steady beats straight from an 80’s drum computer pace through each track.
Key song: Persuasion System
For fans of: Gold Panda, Giraffage, Blackbird Blackbird