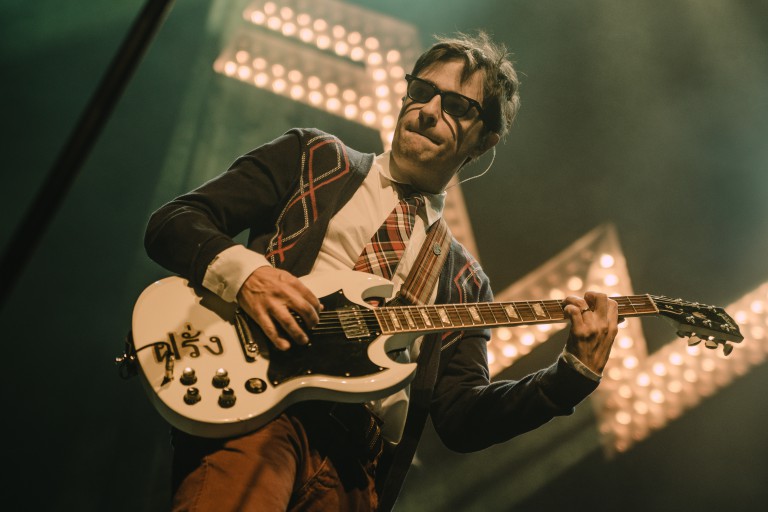 Introducing All Things Loud’s Weekly Pick, a brand new column which highlights the best album releases of the last week. Starting today (1 March), we’ll be bringing you a weekly dose of the best new music courtesy of writers Sébastien Gamez and Jack Parker. Featured among today’s recommendations are fresh full-lengths from the likes of Pond, While She Sleeps and Weval.

Trust Aussie psych poppers Pond to be the kind of band who name an album after an Australian territory. Tasmania is the eighth offering from Nick Allbrook and co., and it’s by far their most polished and fine tuned collection to date. Tame Impala’s Kevin Parker takes on production duties yet again, injecting his own pop sensibilities into Pond’s spaced out repertoire. There are still hints of “old school” Pond scattered here and there, but on the whole Tasmania elevates the band to a new level. It’s is a logical next step from 2017’s The Weather, an album equally well-suited to a hot summer’s day. JP
For fans of: Tame Impala, Moses Gunn Collective, drugs
Key song: Daisy

WHILE SHE SLEEPS – SO WHAT?

While She Sleeps are known for their heavy-yet-precise take on metalcore. Hailing from Sheffield, they’ve generated quite a storm throughout their career with exceptional releases This Is The Six and You Are We. Their latest project, SO WHAT?, features varied drum patterns, intriguing vocal harmonies and banging breakdowns worthy of matching their previous discography. Sonically some changes have been made, however, and this may result in some older fans possibly being put off the record. SO WHAT? is a refreshing new project which sits just right on the metalcore spectrum in 2019. SG
For fans of: The Ghost Inside, Northlane, Counterparts.
Key song: BACK OF MY MIND

SOLANGE – WHEN I GET HOME

Solange Knowles has been a prominent figure in the pop industry worth following for quite a while now. She’s been making a name for herself ever since her soulful take on pop music first emerged on 2002 debut Solo Star. Surprise album When I Get Home, her fourth release, blends elements of contemporary hip hop with funk and soul while remaining true to her style. When I Get Home radiates warmth and calmness, perfect for getting into the weekend. SG
For fans of: Dawn Richard, Janelle Monáe, Aaliyah
Key song: Stay Flo

DELICATE STEVE – TILL I BURN UP

It’s not easy, being a solo instrumental guitarist. Just ask Deafheaven labelmate Delicate Steve, a man who has never lent anything other than his sweet six string tones to a track. New album Till I Burn Up is his fifth full solo offering, spanning twelve instrumental, synth rock cuts which shift some focus away from his lead guitar lines by injecting prominent beats and synths into the mix. It’s not always as rock and roll as his previous output, but Steve’s 80s tinged guitars are still front and centre. This time, though, their prominence is switched out for slicker production and added layers. Well worth the listen, even if it is an acquired taste. JP
For fans of: there isn’t quite anyone who sounds like Delicate Steve
Key song: Selfie of a Man

Weval is the brainchild of Harm Coolen & Merijn Scholte Abers, two Dutch friends with roots in the film industry. Their unique friendship bled into a musical project combining elements of jazz, trip-hop, IDM, downtempo electronic music and tech house. Latest project The Weight is their second full-length release  and it offers something completely different from their previous work. While their older material focusses more on dance-oriented music, The Weight takes on the other end of the spectrum, focussing on the ambient aspect of their soundscapes. SG
For fans of: Four Tet, Kiasmos, John Talabot
Key song: Heaven, Listen

As years pass, Weezer become more and more of a marmite band. You either love or hate any of their post-Hurley output, something largely down to the creative overindulgence of frontman Rivers Cuomo. Yet sometimes the band emerge with a spark of modern day brilliance, an album which blows what came before it out of the water while still maintaining the core essence of what Weezer are all about: having fun and not taking life too seriously. The Black Album falls on the more favourable side of this spectrum, employing popular musical trends whilst retaining that classic Weezer-gone-alt pop sound. It might not come at all close to the commercial successes of Pinkerton or The Blue Album (and its hilarious January follow-up, The Teal Album), but it does go to show that – somehow, somewhere – Weezer have still got it. JP
For fans of: Weezer
Key song: Can’t Knock the Hustle