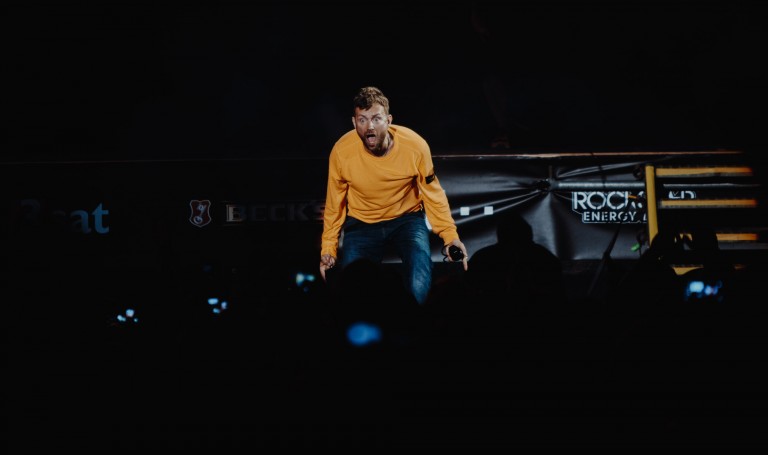 Three Albums You Need to Check Out This Week

There’s nothing better than kicking off your weekend with some fresh new music. Literally nothing. This week, we’ve got three fresh releases for you which are set to be perfect soundtracks to what is tipped to be the hottest weekend of the year so far.

Why release just one album when you have enough material lying around to warrant a whole host of follow-ups in quick succession? That must have been Damon Albarn’s first thoughts when he set the gears in motion for The Now Now, Gorillaz‘s second album in little over a year. It serves as a follow-up to the incredibly mediocre and lacklustre Humanz, an album which many fans had expected to be much better given the extended period of time Albarn spent working on it. It was an over-produced record filled to the brim with unnecessary special guests, so much so that it became predictable and boring. Despite this, though, Humanz did manage to open a new conceptual and visual door for artist Jamie Hewlett, who has taken the story of Gorillaz and once again sent it spiralling into a new direction. On The Now Now, Albarn and Hewlett once again team up to kickstart a brand new chapter in the band’s story, one which sees head honcho Murdoc Niccals behind bars and replaced by the enigmatic Ace (of The Powerpuff Girls notoriety). Ace’s addition to the band’s ongoing story allows Albarn to take on a slightly different sonic approach, largely ditching the special guests for an album full of introverted synth-pop slow jams. The only special guests on the record – George Benson, Snoop Dogg and Jamie Principle – are spread out across two separate songs, namely bouncy opener Humility (featuring the former) and the groovy Hollywood (featuring the latter). Both are great examples of the laid back ‘vibe’ which is lathered across the album, something largely down to Albarn’s lo-fi vocals and an overall sense of reckless abandon which was missing on the uptight Humanz. Both aforementioned tracks served as two of five advance singles, all of which are great in their own right but have nothing on the rest of the album. Sure, the likes of Sorcererz and Lake Zurich are as captivating as they come, but the real magic on The Now Now is found in the tracks which were yet to see the light of day. Take Tranz for example, a nu-funk-meets-gospel cut which lends itself just as much to spaced out psychedelic raves just as it does the big stage. The demure Idaho shines a light on Albarn’s tender side, serving as a makeshift ode to the mountainous US state, whereas Magic City is by far and large one of the best tracks Albarn has had the pleasure of sharing with the world. “I’m on the high ridge, looking down” he sings in a pensive tone on the track, one which references billboards on the moon and reeks of hard-to-place nostalgia. It’s the highlight on a record which will stand out as one of the best in Gorillaz’s entire back catalogue. The twinkling Souk Eye closes out The Now Now in flourishing fashion, but it leaves a sense of longing behind. It leaves the listener wanting more, which they’ll most likely get when you consider the amount of music Albarn is said to have lying around from the initial Humanz sessions. As 2018 releases go, The Now Now is up there with some of the more interesting and intriguing releases. As Gorillaz records go, on the other hand, The Now Now serves as one of Albarn’s best musical creations and a welcome return to form. The Now Now is the All Things Loud Album of the Week. 8/10

FLORENCE + THE MACHINE – HIGH AS HOPE

Up until a few weeks ago, it had been a hell of a long time since we’d heard anything from Florence + the Machine. The Florence Welch-fronted band have been out of action for the best part of three years, with Welch spending a good chunk of that time working on the follow-up to 2015’s How Big, How Blue, How Beautiful. High as Hope is the end-result, and it’s one of Welch’s most intimate, introspective and personal collections to date. Where How Big… succeeded in brash pomposity and grandeur, High as Hope relies on the minute details to make the biggest impact. This isn’t always the case, though. Recent single Hunger hits you with Welch’s trademark bombast as she tenderly sings of eating disorders and drug addiction, whereas 100 Years is Florence-by-numbers: big, loud and memorable. Big God, the final track to be shared ahead of release, is a prime example of Welch’s ability to tone things down as she sings alongside an incredibly minimal instrumental accompaniment consisting of piano, double bass, hints of percussion and occasional brass. It’s one of the strongest tracks on High as Hope, largely down to its ability to allow Welch to take center stage without stealing the attention she commandeered on previous releases. Album opener June is a slick exercise in lustful operatic pop, employing slightly jazzy undertones and soulful backing vocals. Both combine to form an incendiary accompaniment to Welch, who sounds raring to go under all the intimacy. “Hold on to each other” she sings as the music sways from side to side with plenty of restraint. South London Forever is an ode to the right side of the Thames, with Welch waxing lyrical about her memorable upbringing in the south of London. It’s an uplifting track, and you could perhaps suggest that it’s the biggest ‘anthem’ on High as Hope. Grace powers on with the utmost pomposity and grandiosity. Welch holds onto your heartstrings and never lets go, hitting an emotional highpoint on the radio-ready Patricia. It might not be a bona fide singles hit, but it comes closer than anything else on the album. No Choir serves as High as Hope’s curtain call, kicking off on an a capella verse before a lone piano accompanies Welch’s introverted remarks. The track doesn’t explode or hit a grand musical peak, relying on its sprawling intimacy to give the listener enough closure until Welch is ready to open her heart again. On the surface, High as Hope is a record which allows Welch’s vocals to take the helm over a sparse mix of carefully constructed instrumentation, but if you dig deeper then you’ll realise that the album is still classic Florence + the Machine. Sure, there’s not as much bombast as before, but the emotional impact which this would have made for has been transposed to Welch’s incredibly intimate and personal lyrics. They hit you like a battering ram, and the only logical accompaniment to them is Welch’s poetic writing. The two go hand in hand on High as Hope, and they do so with utmost success. 7.5/10

And now for something completely different. We’ve had Gorillaz’s groovy synth pop and Florence + the Machine’s faux-operatic soul, but what Glass Hands have up their sleeves is most certainly not for the faint hearted. Before we dig deeper into debut album Dive, though, let’s take a moment to introduce you to a band you probably (read: definitely) haven’t heard of just yet. Glass Hands hail from Indiana, IN and consist of five members (spearheaded by vocalist Adam Anderson), having released debut EP Exit Letters in 2016 independently. It was a seven-track journey through the swamps of metalcore and post-hardcore which laid the foundations for a promising future, one which is slowly but surely taking off in and amongst the hype surrounding Dive (also an independent release). It’s an album filled with twisted-yet-memorable metalcore, centring on cataclysmic riffs, pummelling rhythms and monstrous vocal deliveries. Everything you’d expect from a good metalcore album, essentially. Think The Amity Affliction minus the ocean, or Architects without their trademark British grit. Instead, both have been replaced with a blend of hard-hitting introspections and visceral clean vocal interludes. Album opener Lily (Holding On) builds up the tension, slowly but surely kicking into action as frontman Anderson shows the listener who’s boss. It’s on recent single Struggle to Sleep that the record presents us with its first real highlight, sounding like something which would fit in on a solid package tour just as well as on the Vans Warped Tour. It’s a mid-paced metalcore banger, slotting in nicely towards the start of the album and before all of the record’s hard-hitters. Take the destructive Bad Days, for example. It starts off with a sense of manic recklessness, something which is quickly replaced by intricate instrumental passages and arena-ready vocals straight from the Metalcore Handbook. Promise Keeper places emphasis on bassist Spencer Tillman’s unique interplay with drummer Nate Pearson, whereas Resting Place hits you like Ice Nine Kills’ backstage sledgehammer (we’re pretty sure they have one lying around). It’s the darkest and grittiest track on Dive, marking the start of a solid sonic passage which leads you to its curtain call. The one-two of Mirkwood and Recovery appear in the midst of this passage, the former ticking all the right box with its manic pomp whilst the latter maintains the pace and notches everything up to 11. Album finale Oxygen is a welcome breath of fresh air following the madness presented on Mirkwood and Recovery, but not for long. Anderson’s vocals eventually hit hard, with the guitars intertwining like there’s no tomorrow. It’s a strong end to an incredibly strong debut offering, one which should most definitely kickstart Glass Hands’ notoriety throughout the rest of the United States. And beyond its borders, of course, because why the fuck not? 8/10