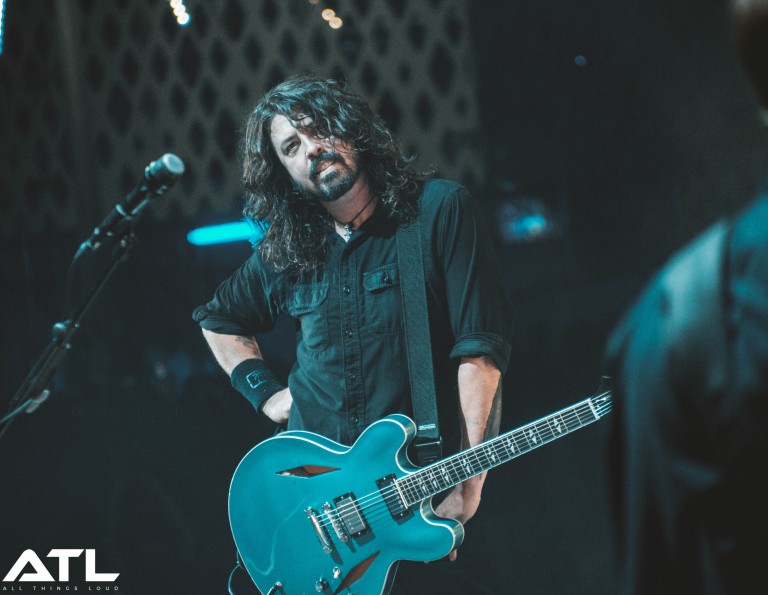 Three New Albums You Need To Check Out Today: 15 September

As another week goes by, another release day is greeted with surefire anticipation from listeners around the world. We’ve picked three of today’s hottest new releases with the intention of sending you in the direction of your favourite streaming service and giving them some time.

FOO FIGHTERS – CONCRETE & GOLD
It’s been a long time coming, and now it’s finally here: Concrete & Gold, the highly anticipated follow-up to 2014’s critically acclaimed Sonic Highways. Foo Fighters certainly didn’t head down the easy path on their new record; in fact, they ventured down new avenues of sonic possibility as they attempted to put together (as frontman Dave Grohl puts it) “Motorhead’s version of Sgt Pepper”. To a certain degree, you could say that Grohl and co. achieved this – the short-yet-bombastic T-Shirt explodes with intent early on, echoing Freddy Mercury’s love of grandeur just as much as it channels peak-hippie Beatles. Elsewhere, the screamo-infused La Dee Da poses as a mid-record curveball, with lead single Run introducing a battering ram of riffs. The Sky Is a Neighbourhood and The Line, respectively second and third singles, make for some of Foo Fighter’s most anthemic rock tracks in years, with the groove-laden Make it Right even featuring pop superstar Justin Timberlake. The former N*Sync isn’t the only hotshot who features on the record, though, with The Kill’s Alison Mosshart and Paul McCartney also contributing throughout. Concrete & Gold doesn’t hit you as hard as 2011’s Wasting Light did (White Limo, anyone?), nor does it induce the same nostalgia levels as Sonic Highways, but that doesn’t seem to have been an intention from day one; instead, Concrete & Gold poses as Foo Fighters’ most solid and steady record in years, dropping previous bombast and anything else that may have creatively held them back.

SLØTFACE – TRY NOT TO FREAK OUT
Norwegian pop-punkers Sløtface have proven themselves to be one of 2017’s most critically acclaimed new bands, effortlessly mixing hints of old-school pop-punk with dancefloor-ready indie rock and ferocious garage rock. Elements of all three show up throughout debut album Try Not to Freak Out, which Haley Shea and co. have spent a large part of the summer previewing at some of Europe’s most prestigious festivals. Anthemic album opener Magazine sets a serious lyrical tone alongside fun, ready-to-dance melodies, with the gritty Pitted more geared towards opening up a pit or two. The two early highlights make way for a record which is filled with noteworthy moments, among them the indie-leaning Pools, slow-burning Slumber and energetic finale Backyard. The music lends itself well to Shea’s raw, heartfelt and honest lyrics, and it’s definitely evident that the two are tailor-made to complement one another. It may just be the start for Sløtface, but it’s definitely a most promising one.

ARCANE ROOTS – MELANCHOLIA HYMNS
This week’s third and final album comes from Kingston math rockers Arcane Roots, whose sophomore studio album Melancholia Hymns follows three years after Top 10 debut album Blood & Chemistry. It may be easy to associate Andrew Groves and co. with fellow Brits Biffy Clyro, but Arcane Roots really are in a league of their own. From the subdued, five-minute opener Before Me and its companion, the stadium-ready Matter, to the manic Off the Floor and Curtains‘ destructive closing section, Melancholia Hymns has something for everyone. Groves and his bandmates are able to mix and match a whole variety of their strongest traits, making for music which constantly leaves you on the edge of the seat waiting to hear what happens next. The band may have toned down their obscurity a couple of notches, but in its place comes a newfound sense of strength and musicality which they’ve slowly but surely worked towards. Arcane Roots are headliners of the future, and they aren’t afraid to make sure you’re aware of this.

Check back next week for another look at the week’s best new music.