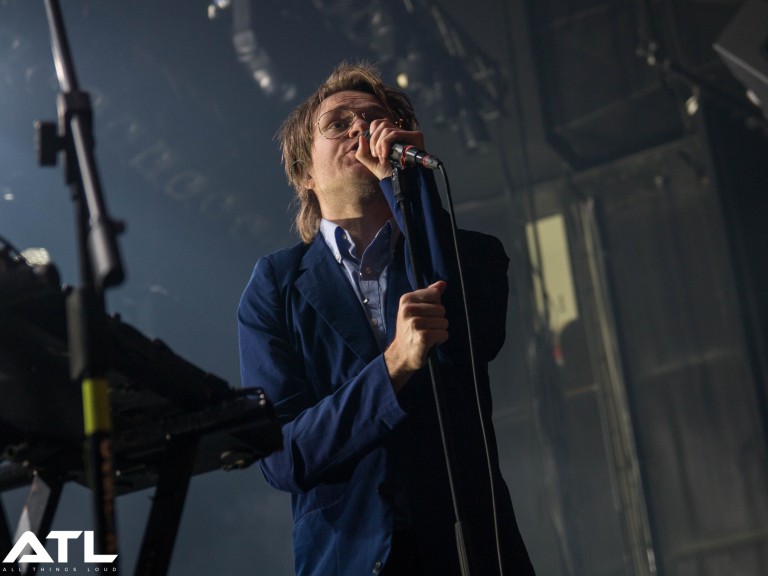 Three New Albums You Need to Check Out Today (22 September)

As September slowly meets its end, another release day presents the world with some fine new records. From reincarnated indie rock to rejuvenated emo, we’ve got three new albums worth at least some of your time today.

ENTER SHIKARI – THE SPARK
It’s all change for St Albans quartet Enter Shikari, having (largely) ditched their hyper-politicized rants and brutal rhythms in favour or polished pop productions and heartfelt lyrical content. The record sees frontman Rou Reynolds sing of topics close to his heart, amongst them mental health, depression and the current state of the UK. It may not sound entirely like what we’ve always come to expect from the hellraisers, but it still packs one hell of a punch, whether that be emotional (Airfield, An Ode to Lost Jigsaw Pieces) or physical (Take My Country Back). Previous records A Flash Flood of Colour and The Mindsweep were merely building blocks in getting the band to this level, and now they’re ready to take proceedings one step further. Reading & Leeds 2018 headliners, anyone?

THE KILLERS – WONDERFUL WONDERFUL
It’s been a solid five years since Brandon Flowers and his men in The Killers last released an album (2012’s Battle Born). Since then, Flowers has released solo music, a whole host of Killers-lite bands have come and gone, and half of the original Killers set up has retired from live performance. Despite various uphill battles, though, the Nevada band have managed to put out a record which is equal parts classy, in-your-face and elegant. From the funk outbursts of lead single The Man to Run For Cover‘s old-school sound, it sounds like The Killers finally have their mojo back.

SLEEPING WITH SIRENS – GOSSIP
Sleeping With Sirens’ direction may have changed with subtlety throughout the years, but on new album Gossip this change has well and truly manifested itself within the group’s core sound. Kellin Quinn and co. are no strangers to switching things up with honesty, admitting this year that they wanted to make a record which sounded more “grown up” to its predecessors. The result of this is an album filled with slick pop-rock which doesn’t shy away from allowing Quinn to put his heart on his sleeve. It may not be to everyone’s tastes, but it’s certainly worth a spin.