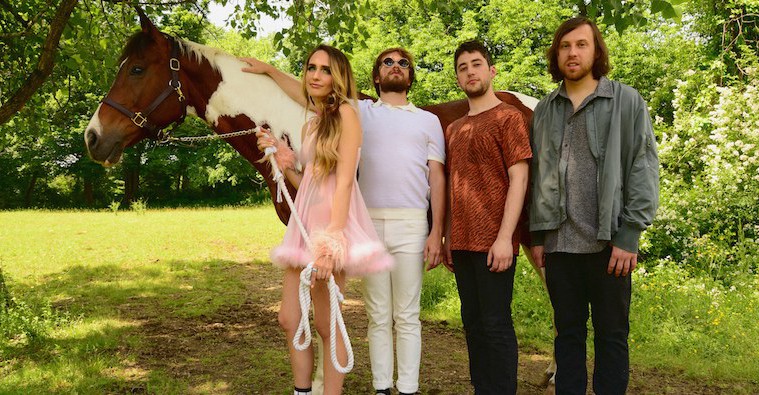 It’s release day! What better way to mark the start of your weekend than with three brand spanking new records, right? This week we’re going to do a bit less talking, and instead we’re going to make you do a whole lot more listening. How’s that for size?

If slacker-laden garage rock is your thing, then the Sadie Dupuis-fronted Speedy Ortiz are right up your street. Third album Twerp Verse sounds like a band who have finally found their place, combining all of the various different sonic elements which made 2013’s Major Arcana and 2015’s Foil Deer so exciting. Opening track Buck Me Off utilises Dupuis’ tactless wit with effortless ease, a vocal trait she adopts over the course of the entire record with equal amounts of effectiveness, in particular on comeback single Lucky 88. “I don’t care anymore” she shrugs during the pre-chorus, setting the tone for the rest of the record early on and eventually managing to live up to the high expectations which Twerp Verse had created for itself. 8/10

There’s always been something curiously fascinating about Pennsylvanian collective Dr Dog. The group’s repertoire has allowed them to maintain a steady homeland following for quite some time now (one paired with multiple chart successes and TV appearances, mind you), without even making so much as a step in any other direction. On exquisite new record Critical Equation it finally sounds like the Philly natives are on the verge of breaking through into other international territories. You see, it can be quite difficult for an American band to make it out of their own country when their sonic specialty is rooted in intricately constructed folk-meets-indie rock. One day you’ll be appearing at a Sunday afternoon jam festival, and the next you could either be on the other side of the world, or on the other side of the state. Thankfully for Dr Dog, it sounds like Critical Equation will be the album that sends them racing towards the upper echelons of the indie rock stratosphere. From early single Go Out Fighting‘s warbled vocals and effortless groove through to the dreamy Night and twinkling finale Coming Out of the Darkness, Critical Equation sounds like Dr Dog at their very best and destined for greater success. 8/10

If you like Oasis, acid or anything else which has even the slightest connection to the Manchester lad scene, then DMA’s new, Britpop anthem-filled album For Now is just right for you. From opening track For Now through to the lighters-in-the-air anthem Emily Whyte (and via album highlight Warsaw), DMA’s second studio offering is everything you’d expect from a trio of Aussie lads who most likely kept copies of old NME Magazines under their beds in admiration of the Gallagher brothers. Not that any of this is to bash them, though. On the contrary; DMA’s are the kind of band who manage to stand out amongst their peers due to their brilliant ability to worm their way into a dead scene and revive it exactly where predecessors left it to die. For Now won’t change lives, but it will make nights complete and fill venues the world over. 7/10