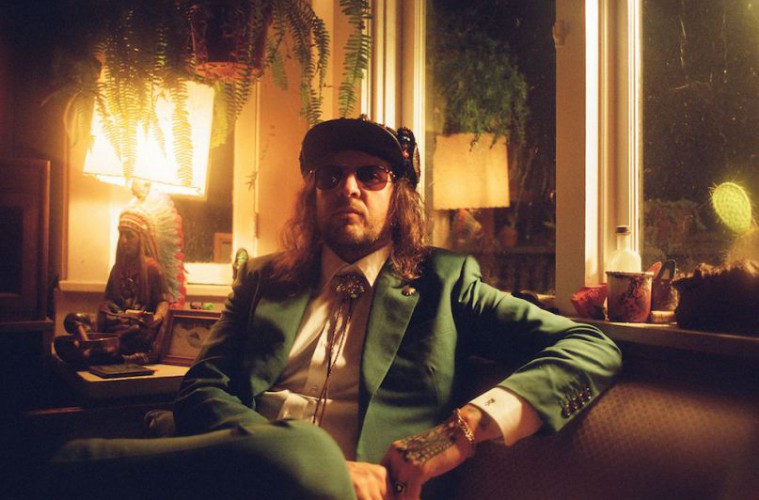 Three New Albums You Need to Listen to Today

It’s New Music Friday! To mark the second release day of the month – and one which follows on from last week’s jam-packed release schedule – we’ve selected three brand new albums which are worth an ounce of your time today (13 April) as you work your way towards the weekend.

We get it, you like to party. You like palm trees, the flamingo is your spirit animal and you feel as though pineapple most definitely belongs as far away from pizza as possible. For these – and more – reasons, God invented Sofi Tukker, an infectiously catchy electro pop duo from New York whose sole mission is to get you dancing freely on your feet. Treehouse is the pair’s debut offering, and from the moment opening track Fuck They kicks in you’ll find your feet tapping away. The thirty minute LP is short enough to maintain your attention and long enough to avoid sounding like overkill, which is pretty perfect. Right? If you’re familiar with the FIFA franchise then album closer Best Friend may well become one of your summer jams (if it isn’t already). In fact, the same goes for if you have no idea what FIFA is. Best to just put on the album and enjoy it, because that’s what Sofi Tukker were made for. 7/10

KING TUFF – THE OTHER

It’s been four whole years since we heard anything from King Tuff. The Other is Kyle Thomas’ latest psychedelic offering via the renowned Sub Pop label, and it’s by far and large his best collection of music to date. The Other‘s opening strums underpin Thomas’ watery vocals, building up to a fuzzy finale which sets the tone for the following nine songs. Comeback single Psycho Star is drenched in trippy grooves and synths, whereas the brass-infused swagger on Raindrop Blue sounds like it escaped from an underground bar in 1970s New York City. The entirety of The Other presents itself as one long, fuzzed out rock’n’roll journey drenched in layer upon layer of momentous psychedelic sheen, which is very clearly Thomas’ musical strong suit. It may have taken four years for King Tuff to return (something in part due to Thomas’ involvement with Ty Segall & the Muggers), but boy have they done it well. 8/10

If you thought that four years out of the spotlight was a long time, then look away now. Dutch indie rockers JOHAN last released a new album in 2009, calling it quits not too long after and eventually shying away into obscurity. Nine years later, and they’re back with the punch Pull Up, an album which many didn’t expect to ever hear. Over the course of the nine years in which JOHAN strayed away from sharing recorded output, they’ve managed to grow as people and musicians whilst still staying true to the essence of what JOHAN are all about – simple-yet-intriguing sonic combinations and hyper personalised lyrics courtesy of frontman Jacob de Greeuw. It’s definitely not a groundbreaking comeback, but it’s a welcome return to form from one of Holland’s most promising indie darlings of the 2000s. 7/10