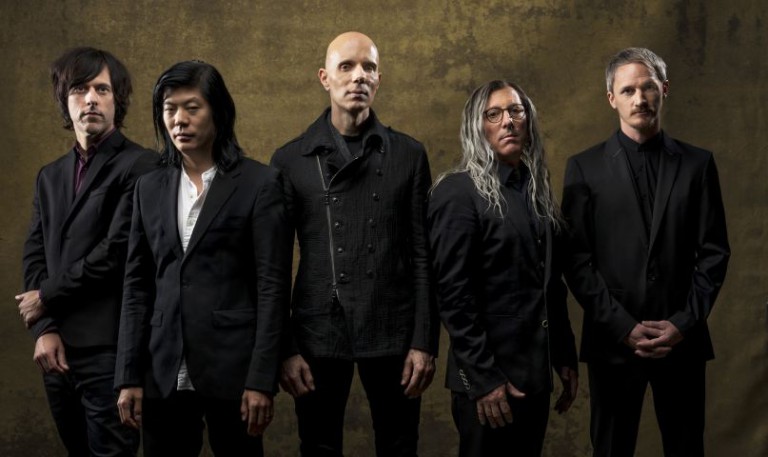 Three New Albums You Need to Listen to This Week

As another week passes, another New Music Friday approaches! From a surprise rap release to another vicious punk missive, via a returning legend, we’ve once again gathered three albums due on Friday (20 April) which are worth listening to as you spend your weekend in the sun.

A PERFECT CIRCLE – EAT THE ELEPHANT

While the world impatiently waits for a new Tool album, Maynard James Keenan keeps on pushing his multitude of equally successful side projects. This year, it’s the turn of A Perfect Circle to re-emerge from the undergrowth with a brand new studio album. The gloomy Eat the Elephant is the follow-up to 2004’s Emotive, an album which is still timeless fourteen years on and serves as a brilliant companion piece to Eat the Elephant. The slow-burning title track kicks off proceedings as Keenan’s haunting vocal is absorbed by a mundane piano line, with the frontman encouraging himself to “take the bite” and “just go on in”. It’s an extremely curious album opener, somewhat setting the tone for the rest of the record and seguing straight into the spectacular Disillusioned. If Eat the Elephant is the shy little brother, then Disillusioned is the bold and brash cousin, ready to pounce and leave no stone unturned. It’s not as in-your-face as its intro initially perpetuates, but what it lacks in monstrous power it certainly makes up for in grandeur. The entirety of Eat the Elephant proceeds along these lines, standing out early on by means of a haunting The Contrarian. It’s here that Keenan’s vocals are at their most perplexing, his lyrics even more so as they become drenched in fuzzy guitars, pounding percussion and brash rhythms. It makes way for The Doomed, which harks back to A Perfect Circle’s raw beginnings thanks to some suitably dark riffs and gnarly vocals, both of which join forces to form an incendiary pairing ready for the live stage.

So Long, And Thanks For all The Fish bears a Hitchhikers Guide to the Galaxy nod in its title, encompassing a lilting guitar intro straight out of a Kings of Leon cutting room floor. The song is full of science fiction and pop culture references, among them Major Tom and Princess Leia, with Keenan’s vocals lathered in an intriguingly robotic vocal effect. It’s a surprisingly uplifting track by A Perfect Circle standards, and it takes the dark TalkTalk to bring the album back down to earth. By And Down the River signifies the album having surpassed its halfway point, incorporating brooding strings to create a serene environment of subtle intensity. The grittier Delicious bears similarities to Foo Fighters at their dad rockiest, which may sound like a bad thing on paper but is actually a thinly veiled compliment. A one-two of the dark DLB and fierce album highlight Hourglass (spearheaded by waspy synths and groovy bass rhythms) hint towards an ending in sight, with penultimate track Feathers allowing for a breather ahead of monstrous finale Get the Lead Out. Not that you’d think it sounds “monstrous” based on its intro, one which is led by an out of tune piano and jarring percussion. Over the course of nearly seven minutes, the track picks up in intensity, incorporating pizzicato strings and vocal samples as it allows Eat the Elephant to metaphorically self-destruct and consume itself wholly. A warbled murmur of “get the lead out” aids the album in reaching its close with utmost grandeur and power. The record doesn’t come to a crashing, riffs-all-over-the-place ending, but it doesn’t need to do this to prove that A Perfect Circle’s first album in fourteen years is a triumphant return to form and one which will end up in year-end lists the world over come December. 9/10 Eat the Elephant is the All Things Loud Album of the Week.

There isn’t an awful lot which we can say about J. Cole‘s new album K.O.D., something largely down to the fact that the North Carolina rapper only announced it two days ago. Cole took to the stage in New York on Monday (16 April) to perform the album in its entirety in front a crowd who weren’t allowed to bring in any technological devices, with the only knowledge of how K.O.D. sounds attributable to a Reddit source who attended the show. According to one poster, K.O.D. stands for three different things: Kids on Drugs, King Overdosed and Kill Our Demons. During the show, Cole alludes to three different titles, with a strong rumour suggesting that each title may represent a different set of songs on the record.

There are twelve tracks in total, with album closer 1985 serving as the introduction to a brand new project which Cole refused to diverge on. The album features no guest collaborations, however it does feature “a lot of vocal experimentation over menacing production” as well as “plenty of 808s”. Cole also adds that he knew he could “create a classic” album, which he seemingly recorded over the course of two weeks save for the final three tracks, which he worked on at a later date until they were “perfect”. Whether the aforementioned information is wholly accurate remains to be seen, however reliable sources have backed these details up. Come Friday, the world will find out what J. Cole has up his sleeve. ?/10

Californian punk legends Pennywise are an absolutely timeless collective, and if new album Never Gonna Die is anything to go by then you could suggest that the band are definitely back at their best following 2014’s mediocre Yesterdays. The record, due Friday via Epitaph, takes no prisoners from the moment its title track kicks in, encompassing relentless percussive blasts and menacing riffs. “The truth is that we’re worshipping a lie” sings frontman Jim Lindberg on the opening track, remaining at his hyper politicised best for the duration of fourteen short-but-sharp punk bangers. “We all believe American lies” continues Lindberg on the aptly titled American Lies, keeping the pace high as the gritty Live While You Can hits you like an atom bomb. “I’ve got a time bomb ticking in my head” declares Lindberg, perhaps injecting a nod to fellow punks Rancid in the process.

There isn’t much room to breathe on Never Gonna Die, but that’s exactly what you’d expect from a band like Pennywise. You don’t put on one of their records to chill out, you put it on to resonate with their message and rock the fuck out. And that’s exactly what they do, particularly on the ferocious She Said, destructive Can’t Be Ignored and powerful Won’t Give Up the Fight. The latter is the standout track on Never Gonna Die, incorporating slicing riffs as it careers head first towards a massive end. The record comes to a close thanks to the one-two of mental Listen and Something New, both of which need little effort to achieve a lot. Pennywise are back on top of their game, and they’re not afraid to let the whole world know. 8/10

All three albums are due this week Friday, 20 April.