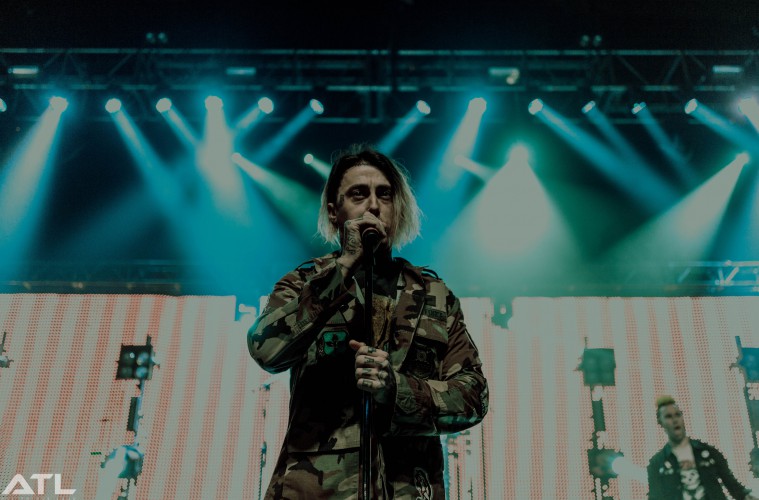 Through the Ears of a Fan: Falling in Reverse – Coming Home

It was 2009 and Craig Mabbitt had solidified his position as the new frontman for Escape the Fate. I was in seventh grade and I heard people talking about how this band had an old vocalist and to check out a song called Situations. I’ll never forget going home and watching the music video on YouTube. From the second the chorus kicked in, I was hooked. Ronnie’s vocals stood out like a sore thumb and were imprinted into my head. Since that day, I’ve followed up on all of his musical ventures. Seven years later, Falling in Reverse releases Coming Home, arguably the greatest album of their careers. It’s a melodic record full of catchy choruses and feel good vibes. Thirteen songs, all without heavy influences- and it’s incredible. The album opens up with the title track, Coming Home, one of the bands slower songs. It’s an incredibly sensitive song that tells the story of Radke and his daughter’s relationship. The album quickly picks up immediately after with songs such as Loser and Broken, both of which have already been released as singles. Tracks like I’m Bad At Life, Straight To Hell and I Hate Everyone stick out instantly. They’re songs with relatable lyrics and catchy choruses. Ronnie’s intoxicating vocals will poison your mind and remain stuck in there for weeks, in the best possible way.

Tracks like I Don’t Mind and The Departure carry a darker tone compared to the rest of the album. The latter cut is another slower one, yet still a fitting way to close such solid record. There are screams on this album, however they’re more subtle and not in your face like older tracks such as Champion or Goodbye Graceful. I Don’t Mind really sticks out to me in particular. Ronnie talks about his less-than-stellar reputation and the fear of becoming his mother coming true. The track is far darker and feels much more serious than other songs, with lyrics like “one day, the truth will hang me like a noose,” making the song a heavy-hitter. Hanging On is yet another heavy-hitter, but also mimics Brand New in a few different ways. Throughout the song, Ronnie’s vocals sound like something that would’ve fit in nicely The Devil And God Are Raging Inside of Me. It’s definitely a very welcome addition to the song. The bonus tracks are where the classic Falling In Reverse styles come back into play. Right Now and Paparazzi are fun songs that are self-aware and don’t take themselves too seriously. Right Now is about radio hits and, ironically enough, it sounds exactly like something you’d hear on the radio.

Coming Home is a step in the right direction for Falling In Reverse. It showcases that Radke is great at what he does, which is writing catchy songs and delivering powerful vocals that won’t leave your brain for days to come. This record is without a doubt is Falling In Reverse’s defining album, and it certainly rivals Dying Is Your Latest Fashion in terms of musical quality. If you didn’t enjoy Falling In Reverse before, then I highly recommend giving this album a chance. It doesn’t sound like the same band; rather, it sounds like an evolution. Falling in Reverse took a risk switching up their style, and it’s paying off. This is their step to full-on stardom. These songs are going to be stuck in my head for weeks.

Coming Home is out now. Stream it below.