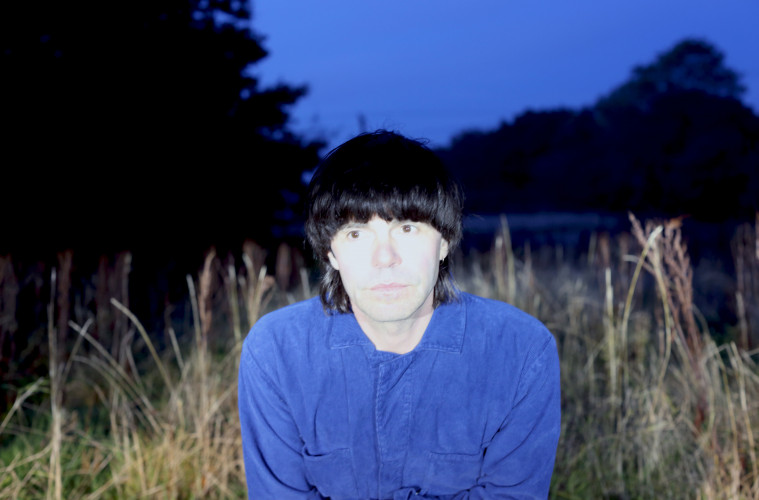 Tim Burgess: “It’s going to be okay, whether that’s next month or next year”

Next week, musical chameleon and indie icon Tim Burgess will release brand new studio album I Love the New Sky. It’s an album filled with intriguing soundscapes, glistening melodies and Burgess’ classic vocal quirks. Jack Parker called up Burgess to discuss the new album, staying positive in a time where the world is a mess and why his Twitter listening parties have become such a success.

Hey Tim. I Love the New Sky is your new album. Tell me more about the period between your last record and how it led into creating this one.
I did some touring for my last album, and also with The Charlatans, but the solo album itself was actually an archival record. I recorded it in 2008 but I didn’t realise until 2018 that it was an album, I just didn’t really know it. It was something I listened to after I found all this material, and then I put it together for Record Store Day and people liked it so much that they went out and bought it.

I Love the New Sky is an album full of self written songs, as opposed to collaborative efforts. Why did you choose to go it alone this time?
I’d done stuff with Kurt Wagner from Lambchop, and I’d also done thirteen Charlatans albums. I’d essentially collaborated so much that I just thought I’d show people that I can work in a team but also by myself. I wanted people to see what I could do, you know? I just fancied doing that. I couldn’t have made the album without Thighpaulsandra or Dan O’Sullivan, though, because they helped me out a lot. But as far as the actual writing went, I made sure I finished all the lyrics and had all the melodies and structures before I started arranging and producing. That really helped, because I had a budget and I wanted the best studios I could get. That involved going to Belgium to record the strings and also going to Rockfield Studios in Wales and another studio in Manchester. I wanted really good quality recordings and it was better than I hoped.

Thighpaulsandra contributed a lot to the album. How did his involvement impact the album’s general direction?
I have a record label called O Genesis, and I’d released two Daniel O’Sullivan records through it. The second one was produced by Thighpaulsandra, and I knew of him through mutual friends and Spiritualized. I loved Thighpaulsandra’s mix of Dan’s album so much that I wanted to release that album through O Genesis, and I loved it so much that I decided I wanted those two guys on my own album. It was a very ongoing and natural relationship! I wanted Thighpaulsandra to mix my album, but I hadn’t realised that else he could add to the album and so I was very happy when I heard castanets on it when he presented the mix. I was all for that.

Did you feel at all apprehensive about putting out the album during such a tough time?
I gave the album to Bella Union back in October. It was the first time we’d worked together, but I’d always been a fan of them. The release had always been planned for 22 May and I thought it’d be negative to stop it because of all this. It’s been a bit of a rollercoaster lately, hasn’t it? I think people need music more than ever now, and to be able to have something which you can still get delivered to your front door is great. You could have had it delivered regardless, but now it’s more like: you can get it delivered instead of having to go outside and buy it.

You wrote a lot of the album in the middle of the countryside. Do you find that your best music is written in near to total isolation?
Being out there made me be so much more focussed. When it’s cold and wet I can write about nice weather; I write the best music based on the complete opposite conditions. I could write the best sunshine pop when I’m at home freezing! I use music to transport me from the miserable and the grey and let it plant me in the sunshine. It’s something beautiful, so for me the key is to just keep cold.

On the song I Got This you sing that the future is friendly. In such uncertain times, what can people do to adopt a mindset which falls in line with that?
The whole album was written while the whole Brexit and leaving Europe thing was still going on, but for the entirety of it I just kept thinking that maybe tomorrow will be a brighter day and we won’t leave the EU after all. That was my whole hope, and although we have sadly left the EU I still feel that tomorrow will be a brighter day. That was the whole idea of the album: it’s going to be okay, whether that’s now, next month or next year. I think it’s always going to be a positive statement for me. What we can also take from this is that there’s much which we can learn about human nature and loved ones on a positive level. Hopefully we can’t go back into full fire and start again. When people say they want to go back to normal I think that’s the wrong way to go. Let’s travel more, work at home more and – I don’t know – maybe be friendlier? Have more empathy and realise that the good things in life are there.

Your Twitter listening parties have become a new highlight for music fans around the world. What compelled you to start them?
I’d been doing them for quite a long time with The Charlatans and my solo work, just whenever there was an anniversary or something to celebrate. I’d go on Twitter and host a listening party and we’d start at whatever time. When the lockdown was announced I decided to do one with Some Friendly (1990). Alex Kapranos from Franz Ferdinand reached out and told me he’d bought that album when he was 17, so I told him to do the next listening party. And he did! He chose Franz’s debut album, and he said it was the first time he’d listened to it in full since back when they recorded it. When a fan said, “oh my god, I’ve listened to this album more than you have” I thought about the relationship between artists and the fans. It was then that Dave from Blur presented a whole archive of things which people had never seen before, and that was the third session we did. It kept growing, and even Rolling Stone and SPIN covered it. The more people got into it, the more artists also wanted to do it. Steven Morris (New Order) did an amazing one, and Bonehead from Oasis has done four. That’s all he can do, seeing as he’s not in a band anymore. Flaming Lips have done one, and I’ve got Mercury Rev coming up. Reeves Gabriel – who collaborated with David Bowie on multiple albums – will host one for Earthling. Duran Duran are doing one soon, and so are Dexy’s Midnight Runners and Mike Skinner from The Streets. Some new bands are doing it too, including Chastity Belt and Hinds, and we even had Julia Holter and Ariel Pink do them. I’ve got everyone really! It’s fantastic stuff. I Love the New Sky comes out on 22 May via Bella Union.