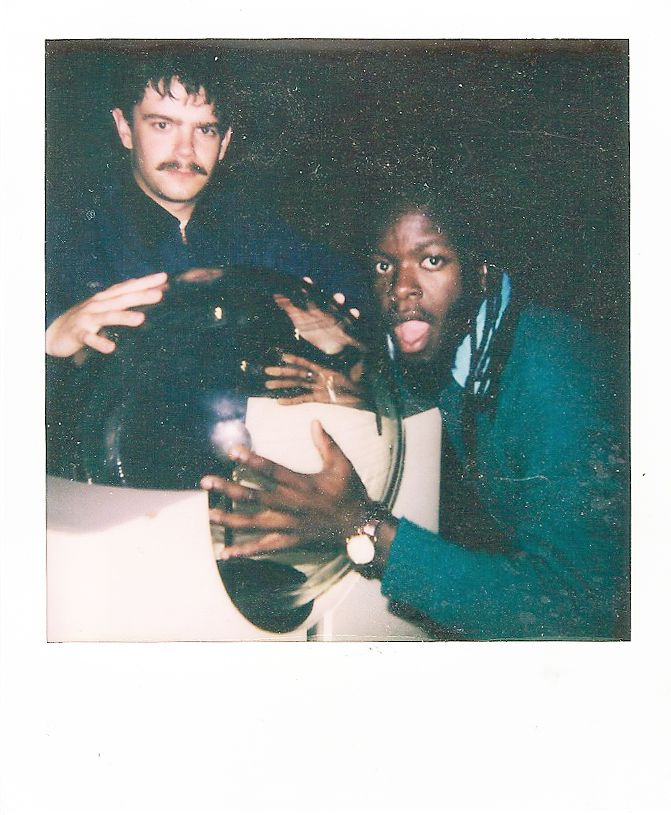 To Paradise With Black Midi

“We all go through hell every day“.

As Cameron Picton says this to me, I feel sarcastically far from hell. After all, there could be worse ways to spend the day. You’d expect interviews to take place around coffee tables, or more recently over hellishly slow internet connections on Zoom. Yet here we are – me and black midi, all dressed in white lab coats, sat at a table filled with substances I’d know the names of if I hadn’t skipped chemistry class in high school.

“It’s funny – in all the interviews we’ve done there have been assumptions of what Hellfire could mean to us. But it doesn’t have to be that extreme“, Morgan Simpson says behind a pair of protective glasses. We’re at the NEMO Science Museum in Amsterdam, and I feel a good energy within them that’s unrelated to any of the electricity experiments we’re walking past. Geordie, Cameron and Morgan are picking the fruits of their hard labour – they’re right to enjoy every bit of it. They’re in between international tours, and anticipating the release of their third album Hellfire – hence our conversations about the afterlife. While thoughts of the album hang heavy in my mind after a morning of listening, I suggest half-jokingly that we don’t talk about music at all. Following black midi ever since a mysterious track called bmbmbm popped up on Soundcloud, it came to me as no surprise that every new release would be their best so far. So instead I turned my focus towards finding out who they are as people, and how they entertain themselves when they’re not making musical masterpieces.

We chat about hobbies, and soon we bond over a shared passion for snooker and pool. Geordie also reveals his penchant for going to the opera – “In London I saw a performance of Stravinsky’s Mavra, on a double bill they had that and Schoenberg’s Pierrot Lunaire. They were both terrific. They have this thing at the moment in London where if you’re under 25, all the tickets are cheap. I’ve been going as much as possible.” This reminds me that we’re all the same age, and my fondness grows even bigger. Ultimately, we’re all twenty-somethings with a sensitivity for telling stories in whatever shape or form. On Hellfire, the stories in black midi’s universe take even more dramatic turns than on the sophomore Cavalcade. The instruments become storytellers in their own right; together with the lyrics about epic battles and morally challenged heroes, they put the inspiration found in opera to really good use. But if Hellfire was an opera, you’d need multiple acts. This begs the question – is there any paradise in black midi’s universe? “That’s the music itself” Cameron proclaims, before promising instant access to heaven to everyone who buys tickets to their gigs. “If you spend a thousand pounds on our merch you go to paradise with us. If you spend over 5 pounds, you get to chill heaven. It’s like reality, but a bit better.“

Naturally, our conversation drifts back to music – after all, it’s what we know best. In the midst of our experiments, I hear myself asking – is music ever like science? “If you’re making music on a computer, it’s good to have a scientific understanding of it. With synthesisers and stuff like that there’s a lot of technology. There are parallels, and many musical technological advances came from science.” Cameron admits that they might even consider making music with AI, if it ever became more accessible. “New technologies only ever make a difference when the average person has access to it“. We go downstairs, where the guys show me how to get an electric shock by touching a glass ball. My head keeps buzzing, recalling our talks which spanned from philosophy to memes. It’s this versatility and openness they manifest that keeps cementing black midi as an impeccable band. As we walk out, I ask if they believe in coincidences. They pause to think about it, then Geordie declares: “Chance is infinite“. Perhaps there is a chance that we’ll get to paradise. INGRID ENACHE