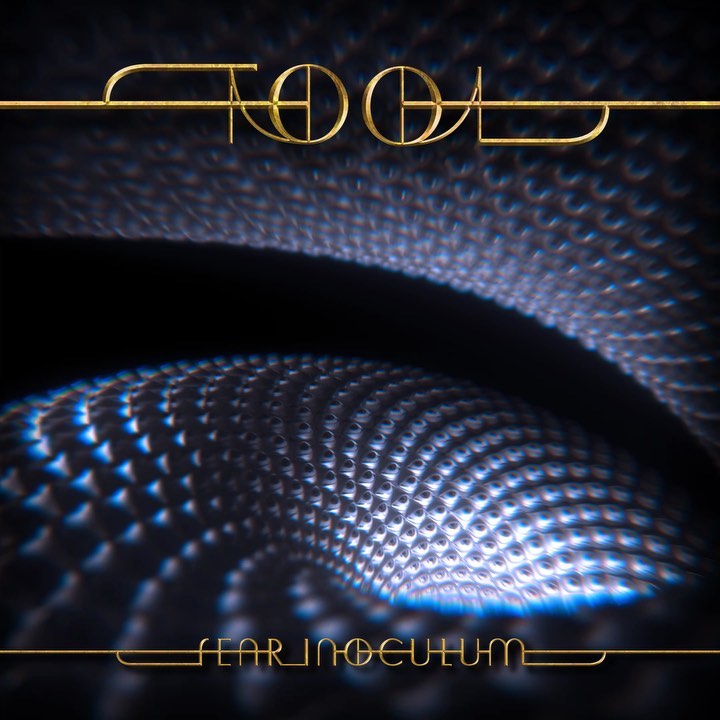 Comeback can be a dirty word. It’s the kind of term you often find yourself attaching to legacy acts who ultimately make the grand return and just end up disappointing (Chinese Democracy, anyone?). It’s also the kind of word which adds an extra layer of pressure to not just the artist, but also fans. Will the album be any good? Will it sound like their older stuff? And will “I” like it? Not that any of this matters to Tool, though. Maynard James Keenan and his men have casually floated through the last thirteen years, bringing out a ton of music with other bands while rolling out the occasional Tool tour just, well, because. Fifth album Fear Inoculum is without a shadow of a doubt the most hotly anticipated release of the year, but not that you’d have guessed it. That’s because it sounds exactly where previous album 10,000 Days left off, bowing down to absolutely zero pressure for a solid comeback and ticking all the boxes of a Tool masterpiece.

The entire album is centred around the number seven, with seven core songs accompanied by three interludes over the course of nearly ninety minutes. It’s a whirlwind of a sonic journey, kicking off on title track and lead single Fear Inoculum in what can best be described as an exercise in intensity building. It’s a slow burner by Tool’s standards, setting the scene for a record filled to the brim with sharp intricacies and layer upon layer of sonic textures. Keenan’s vocals are sparse, his lyrics deeply routed in spiritual thought yet few and far between on pretty much every song. Not that this is a bad thing; in fact, it only adds to the power of Keenan’s vocals when he does show up. “Bless this immunity” he repeats on the opener, a veiled allusion towards the fact that a band like Tool are set up to last forever. Immune, just as you like it. Pneuma kicks things up an extra notch, the riffs Adam Jones cooks up far more sprawling than before in what is another tension builder. This time, though, the tension breaks beautifully and spirals into what can only be considered as a trip down Tool’s frenzied rabbit hole. Keenan is seldom heard, but when he is it makes so much sense. Litanie contre la Peur is the first of three warbled interludes on Fear Inoculum, centred on a wispy synth and selected ambient sounds.

Earlier this year, Tool debuted two brand new tracks during a US festival show – Invincible and Descending. Save for a separating interlude (the haunting Legion Inoculant), the tracks also appear back to back on the album. Invincible leans more towards the slow burning sonic experimentation undertaken by the record’s title track earlier on, interjecting with some chugged riffs as Keenan sings of a “warrior struggling to remain”. His delivery is determined, lending itself well to the sonic intensity bubbling out of the undergrowth. The second half of Invincible is where it all comes together like some sort of apocalyptic meltdown spearheaded by pulsating rhythms and a sense of fear in Keenan’s tone. Descending opts for a similar approach, albeit with more focus on the layers and musical intricacies which are littered across Fear Inoculum. It’s not all too different from Invincible or the title track, although it still possesses its own brazen identity when the final five minutes kick into gear. Adam Jones’ sniping solo makes way for a grandiose finale, building up so majestically that you’d almost find yourself down another sonic rabbit hole.

Each core song on Fear Inoculum bar one (the curiously titled instrumental piece, Chocolate Chip Trip) spans more than ten minutes in length. The shortest of these (at 10:05), Culling Voices, doubles up as its most mysterious cut but unfortunately also the least exciting one. Having said that, though, it’s still a solid track, just not on par with the four which came before it. The aforementioned Chocolate Chip Trip features a synth custom made by drummer Danny Carey, its wispy tones providing a sense of otherworldliness which would work well in a movie about aliens invading the tropics. Carey’s drumming is next level here, taking control throughout in what’s essentially an elongated drum solo. Carey really is the star of Fear Inoculum in many ways. He steps up to the challenge more so than ever before, his drumming not just relegated to fills and the odd solo, but instead sitting at the very forefront of the album’s strongest moments alongside bongo’s and other percussive instruments. If there was ever an album which showcased the work of Danny Carey at his best, then it would be Fear Inoculum.

Although a lot of the songs on Fear Inocolum follow similarly intricate rhythmic and sonic patterns, it’s safe to say that one stands out above them all: the incredible 7empest. It’s the final core track on the record, and it definitely sounds like one too. After almost ninety seconds of subtle tension fronted by Jones’ lilting guitar line, an absolutely filthy riff enters the frame and sends Tool and its fans into a whole new universe. Sure, we know that Tool are capable of killer riffs anyway, but 7empest blows everything which came before it out of the water and into the skies. Keenan has never sounded as good as he does on 7empest, marking his presence with a grisly snarl which perfectly complements the track’s dark instrumentation. Carey shines once again with some complex drum patterns (which flirt with different time signatures, as per the entire album), only furthered by Justin Chancellor’s droning bass stabs and a constant stream of virtuosity from Jones. This is where Fear Inoculum hits its magistral peak, proving once and for all that Tool don’t need to be scared of disappointing anyone after more than a decade out of the game. 7empest is so explosive that proper closing track Mockingbeat feels somewhat redundant; but hey, what does it matter when you’ve waited this long? Fear Inoculum is the Tool album this world needed, so let’s hope it doesn’t take thirteen years till the next one.