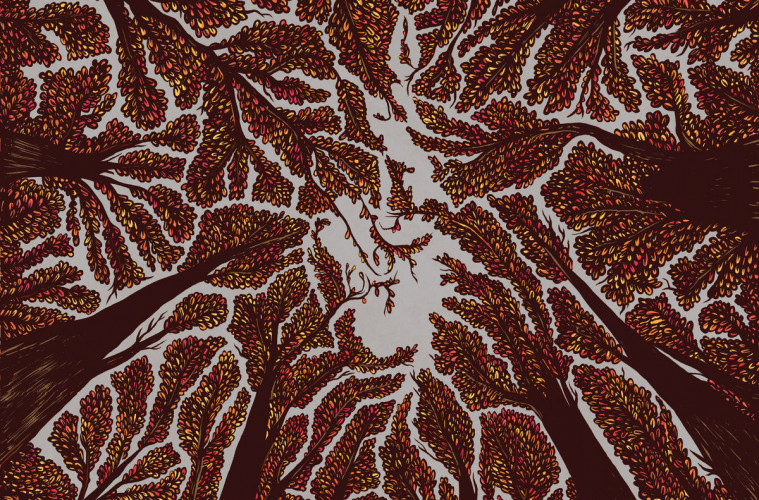 Trash Boat Evaluate Their State of Mind on Crown Shyness

On Crown Shyness, English outfit Trash Boat evaluate their state of mind. Emotion rings true, bitterness bites hard, and hopelessness processes its attack. From the get go, it becomes clear that the record is a statement of harsh realisation and grittiness. Pop punk is a genre somewhat overshadowed by sugar-coated dramatics, but on Trash Boat’s latest there are no roses or prettiness on show; it’s a dark force of depressive moments. This band do hurt, there is no doubt about that. They entertain, but they have strained minds, pulsating like a busted thumb. Their ethos is to create independent music worthy of acclaim, music which sparks conversations and highlights confessions.

This acclaim isn’t a key factor, and getting onto the mainstream circuit isn’t on the agenda for Trash Boat. They just want to let people hear their music, and let people delve into tales of hardship and unrest. Fables are fused together, thoughts are stirred and dreams ache to be released like balloons into the atmosphere. And Crown Shyness is a calling, an album fuelled on reckless nights and drunken conversations as well as scribbles about death. Death is a serial topic on the album. Singer Tobi Duncan expels his grief and depressive feelings through his distraught lyrics. He bellows about lost youth, sleepless nights, lost love, darkness, and it’s a bleak listen. Yet, this bleakness and screaming tension only adds to the story. By challenging the listener, and by digging deep into the underpinnings of depression, it creates such an intriguing tale. Duncan is a masterful lyricist, crafting majestic poetry. He tries to nullify his own woes by telling us what’s distressing him. He takes his time, he clarifies, he naturally raises his fingers and voice, and he doesn’t motor on generically. There’s nothing plain or generic about his musings; they’re emphatic and driven. Setting scenes is something he is formidable at, and when hearing them on record, it’s truly astounding. There are many songs on Crown Shyness, and Shade is a track which describes the hell and unrelenting feeling of hopelessness. Duncan sings, “What is this place in hell that I know so well? This life is a labour, I will slave until I’m able to forget myself“. It’s a track which conveys what we knew all along: Trash Boat hurt like wounds. Crown Shyness is an acoustic melody of significance as it carries us through darkness. Duncan bellows that he’s “Feeling like the only tree, breaking through the canopy.” These lyrics connect the dots and describe surging regret, and the imagery is both vivid and honest.

Undermine is a pop punk blockbuster. The quickfire guitar lines intertwine well, with Duncan claiming that “the world is not designed, your life is not defined“. He tells us that we’re all going to be racked by pain (“some pain will never subside”), while also expressing his grievances. Love, Hate, React, Relate is an explosive moment of sheer emotion. It could be perceived as being dramatic, but the vocal work is paramount to the progression of the song. Duncan sings of “pleasure and pain” being side by side, adding that “most of the brain doesn’t know what it’s like“. Love, Hate, React, Relate showcases his talent for constructing tension, and this swansong is a mammoth effort. Trash Boat are a band formidable at highlighting emotion. Crown Shyness is a special opus, one which may make you reflect. Depression is a crippling illness and this band are telling us we’re not alone. More guidance and help is needed, and more hope must burst from the seams. Crown Shyness is out now.