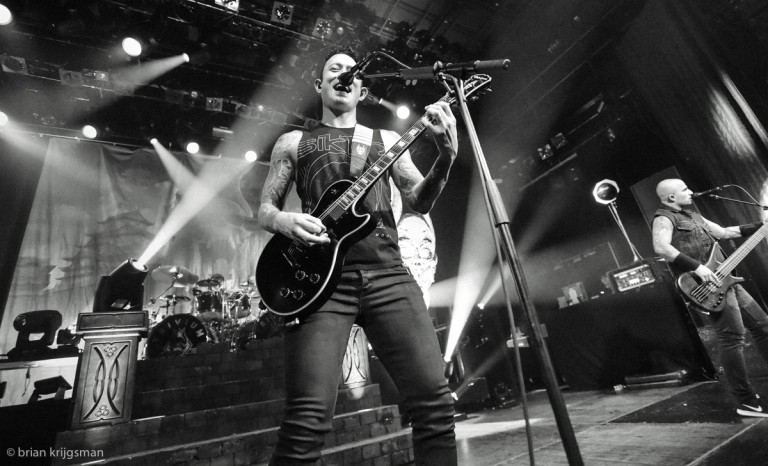 Trivium Announce Dutch Show With While She Sleeps

Trivium have announced details of a Dutch headline show.

The American heavy metal outfit will take to Utrecht’s TivoliVredenburg on 16 June together with special guests While She Sleeps and Power Trip as part of a summer tour in support of 2017’s The Sin & the Sentence.

News of the show comes almost a year to the day since the band appeared at the Patronaat in Haarlem, their most recent appearance on Dutch soil. Co-headliners While She Sleeps stopped off at the Melkweg in Amsterdam a few weeks ago.

Tickets for the heavy night will set you back €29,35 and go on sale next week Monday (11 March) at 10am. Head here for more details, and RSVP to the official Facebook event here.