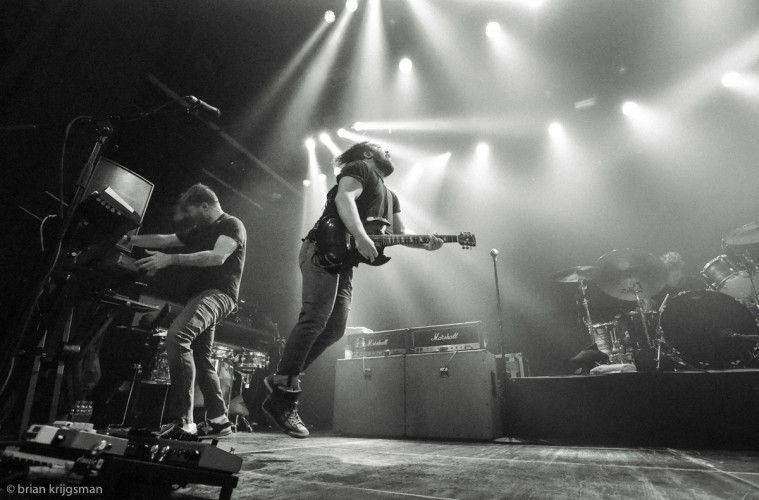 The band have come under fire of late for their decision to include expletives on new album Erase Me whilst also taking on a new sonic direction.

Taking to Twitter, Gillespie wrote that he and his band “are people too. We read. We hurt. We also spent more time on erase me than on any other record we’ve ever made.” In doing so, Gillespie quote a relatively negative comment from a disgruntled fan, using it as the backbone for his argument. Check it out below.

We are people to. We read. We hurt. We also spent more time on erase me than on any other record we’ve ever made. pic.twitter.com/0ceV6gzfxV

Following his tweet, multiple members of Underøath’s contemporaries also took to Twitter in Gillespie’s defence. Sleeping With Sirens’ Nick Martin responded with a sly “Fuck ’em”, whilst The Amity Affliction’s Joel Birch and August Burns Red’s JB Brubaker both came out in high praise of Erase Me. The Word Alive’s Telle Smith, on the other hand, emerged with a small rant of his own. Check that out below.

Who the fuck goes from “more than a hero to me” to completely insulting the emotional and creative energy put into music.

Y’all need to chill on this “sold out” shit and wake the fuck up. YOU are killing the rock music scene not the bands.

We give all we have to music. Period. https://t.co/zc2bfi4MPQ

There isn’t a single song on Erase Me that I don’t see the big picture of what Underoath was is and will be. Without Underoath bands like mine might not exist.

Without friends like @aaronrgillespie and @wschamberlainsharing what they go through there might not be some of you.

You know why? People just listen, enjoy, connect & spread love and support what they love & don’t worry about the rest.

Everyone is offended by everything lol it’s insane these days. People don’t even get to know how amazing the scene was… it’s sad.

Read more of Smith’s views here, and watch the video for Underøath’s Rapture below.