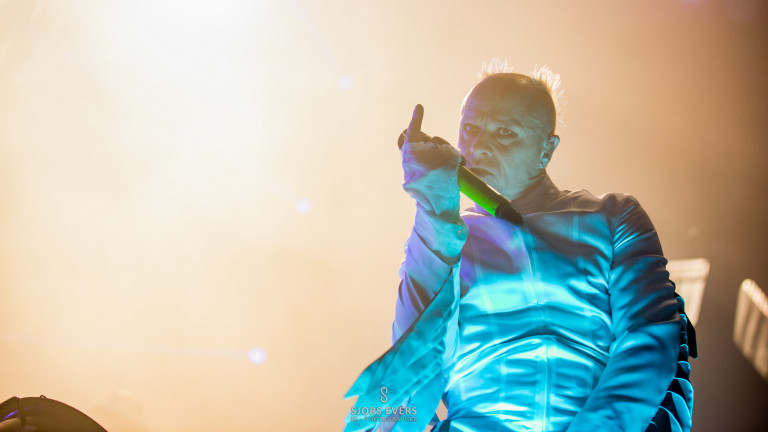 The Urgency of Mental Health in This Jilted Generation: In Memoriam of Keith Flint

It was the summer of 2008. Already back then, still in my high school days, I was a massive music nerd. I’d challenged myself to discover as much new music as possible – to open my ears to the wonder of musicians conveying their deepest, most intimate emotions in sonic form. It was that summer that I discovered The Prodigy. In a period of complete infatuation with punk and heavy music, it completely blew me away how a band could combine the stylistic features of punk with the sonic elements of rave and breakbeat, styles I hadn’t delved into much at that point. It’s safe to say that The Prodigy were among the first artists to get me into electronic dance music at the time, essentially having a huge impact from that point on.

Music for the Jilted Generation was what started the journey. The 1994 album, their sophomore record, is arguably the project that put The Prodigy on the radar. With its technical and intricate sampling, beat-making and Liam Howlett’s production (the mastermind of the project) it gave you a sense of losing track of time and being in the moment, unable to remain still. It was like the music urged your muscles to follow the beat in an almost natural way. I remember listening to Voodoo People and absolutely loving the mix of electric guitars with breakbeat and a clever, catchy bass line and thinking, “this is a generation-defining record.” Then came Fat of the Land, arguably their most well-received album, contained most of the tracks everyone had heard of: Breathe, Smack My Bitch Up and, of course, Firestarter. These are definitely defining tracks in The Prodigy’s discography, and also tracks in which Keith played a massive role as not only the project’s new vocal lead, but also in its image. Breathe and Firestarter showcased a punk-looking Keith, and both became instant hits. A new prodigy was born, and it would remain the standard for years to come.

This morning (4 March), bad news arrived. Keith Flint was found dead at his home in Great Dunmow, Essex. My heart shattered, it came as a complete shock. An artist that defined a movement, a musical style and vision, had died. An entire jilted generation was left shattered. The cause of his death came from fellow band member Liam Howlett, who confirmed it as suicide via an Instagram post. It’s time we stand up and actively start doing something about mental health issues in the music industry. It is a recurring and ongoing problem, as has been demonstrated time upon time again throughout the last few years. Plenty of adored musicians have passed due to the often taboo issue of (male) mental health. The issue is raised every time, discussed briefly, and then abandoned. Not much ends up happening in preventing these kinds of things from happening again.

It is, in my opinion, vital for artists, and particularly their managers, to work closely with psychotherapists and/or psychologists in order to stay on top of issues such as depression, anxiety, mental pressure and burnouts, all of which are far too common in the current musical landscape. Managers know their artists best, and it is incredibly important for them to not only guide the artists in their musical career and artistic choices, but also their lifestyles. Managers (and close friends/other bandmates) should create and be part of a dedicated team of professionals who are able to perform specific tasks for an artist, helping them build a safe career. This includes professionals like creative lawyers and attorneys, graphic design artists and marketing experts, just to name a few. However, I believe that a new addition should be made standard in such a team – the aforementioned psychotherapists and/or psychologists, who are able to work closely with an artist and any problems they may have. It’s okay to take a step back and analyse the situation going forward when things aren’t going well. Health is at the forefront of one’s life, and should be monitored above everything else. Sébastien Gamez.

It’s okay not to be okay. If you feel affected by or relate to any of the topics raised in this article, then please get in touch with Hope For the Day.