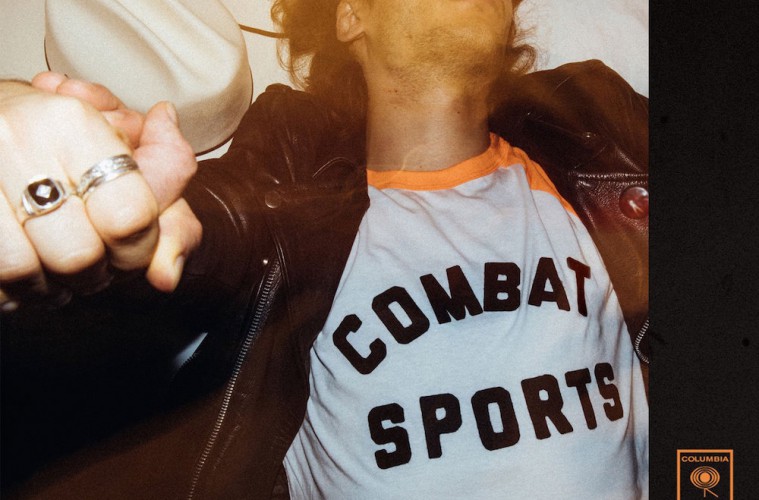 London’s The Vaccines strut their stuff admirably on new album Combat Sports. Connecting the dots with fierce precision, dazzling and marking their position as alternative rock pioneers. The new record is a fun-infused behemoth of an album, bringing forth a sound which may bring us to the forefront of our desires. It may also give you the prompt to nod your head in complete excitement, as their sound may take you back to those sunny days drinking and kissing lust onto the cheek of your lover, and it may make you jump around crazily. And it’s such a departure away from emotional breakdowns, times where the world feels heavy on your shoulders, when everything you try to do fails.The Vaccines’ music is like a kick-starter, like a jump lead, a force of optimism.

Combat Sports is made up of fuzzed up guitars and intense vocals from leading man Justin Young. He has a voice that fits profoundly into The Vaccines style; he bellows when he needs to, he tones it down when he needs to, creating contrasts. The album contains 11 songs, and all of them work in unison. Put On A T-Shirt kicks off the record. Young sings with subtlety in his voice, opening his chords softly, and the guitars offer such an intense, fuzzy, experience. Your Love Is My Favourite Band is a love song, a track spearheading The Vaccines’ unique sound. The chorus is a fundamental part of the contribution, adding a hook which is so infectious. Young American showcases a different side to the band. Young sings with reason, and he describes a girl who he ultimately craves. It only lasts just over a minute, but it is a track that shows emotion. Out On The Street features those guitar strokes yet again and Young sings confidently, belting out lyrics that do fall into pessimistic territory. Someone To Lose is another loud affair managing to create an atmosphere and the melodic solo adds quality.

The Vaccines are a band predominately adding a fuzzy edge to alternative music. Their new record highlights fun with twists and turns. It doesn’t stick to a one idea, it brushes against love, and it directs us to those memories of getting drunk and running with our guts intact. There’s a storyline there, aching to be uncovered on Combat Sports, a fable which is dramatic and original.