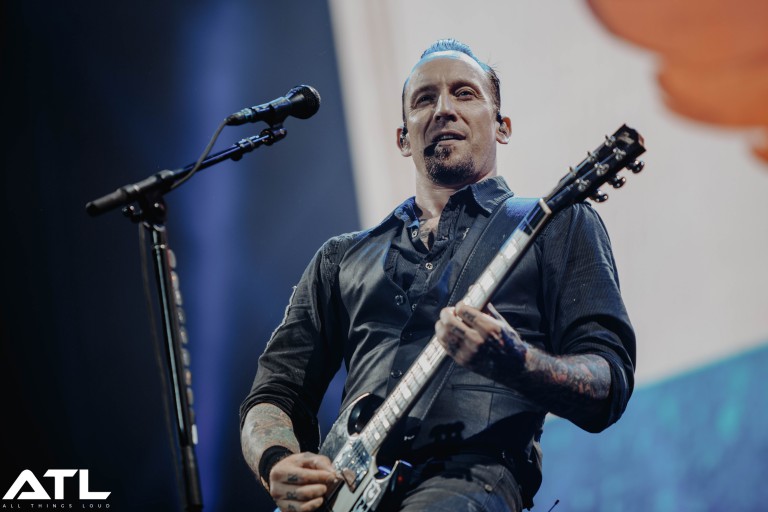 Danish rockers Volbeat are no stranger to a huge crowd. Having been described by many as “the biggest band you’ve never heard of“, you’d be forgiven for not having a clue about Michael Poulsen and co.’s existence. Last night, they took new studio album Seal the Deal & Let’s Boogie to Eindhoven for a unique show on the city’s Ketelhuisplein (part of the Strijp-S culture district), seldom used for events of this stature. 15,000 people showed up, although news reports from within the local area suggest that this number could unknowingly be higher. Regardless of the figure, one thing is for sure: Volbeat know how to put on a show. The music is as solid as a rock (albeit sometimes predictable – chugged intro riffs, anyone?), and the live show elevates it to a whole new level by means of confetti, fireworks, fireballs and lasers. Poulsen and co. may be putting on a by-numbers mega rock show (look closely at live footage, it ticks all imaginable boxes), but they know exactly what it takes to get it right. Finnish metallers Amorphis and Irish cult heroes Flogging Molly joined them for last night’s show in Eindhoven, and you can find a full gallery below.