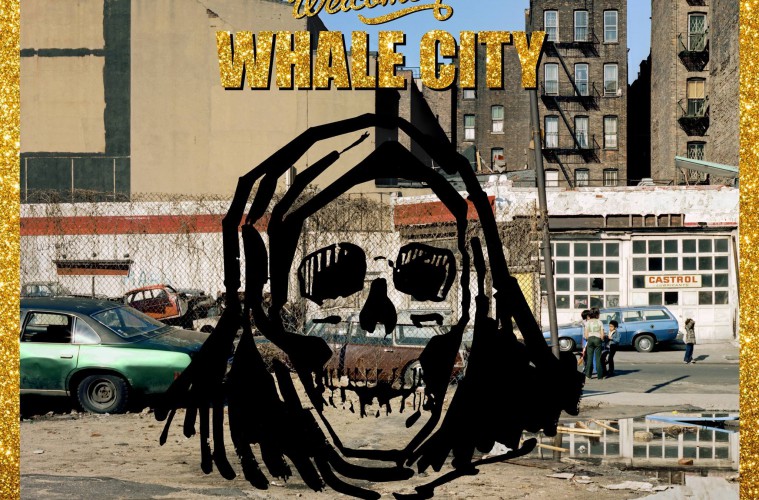 There’s something incredibly intriguing about Warmdüscher, although before that thought crosses your mind you’re probably wondering who the fuck they actually are. The London “supergroup” boasts members of some of the English capital’s most unnerving and intriguing bands, among them the Fat White Family, Insecure Men, Childhood and Paranoid London. On vocals there’s the brazen Clams Baker Jr, drummer Jack Everett, guitarist Saul Adamczewski and bassist Ben Romans-Hopcraft, with Quinn Whalley completing the mix. Together, they form a “match made in hell” which spawned from a grisly jam session back in 2014 and subsequent The Leaf Label debut Khaki Tears a year later. It’s an album which takes no prisoners and allows the outfit to explore the outer reaches of their wildest, sleaziest creative desires. It’s also an album which takes so many sonic left and right turns that you really need to sit still in order to fully understand the narcotics-infused chaos and madness. Is it any good though? In short, yes. But that’s not enough to convince you, is it? Read on.

“I woke up this morning, I carved your name into my arm” murmurs Baker on Bright Lights, which serves as one of three interludes on Whale City. It’s a line which has been lifted from the sultry Neon Tongues, a track unfortunately not fully included on the new album. Instead, its lyrics have been split into three parts and scattered across the record. Bright Lights is essentially just a brief monologue courtesy of Clams, albeit one accompanied by a haunting synth buzz. It precedes Standing On the Corner, a short-but-sharp fuzz-laden cut which maintains a steady enough pace for Baker to spit some bars over the top. “Your love, it takes me higher” sing the band during its brief chorus, one which is underpinned by a cacophony of different instrumental constructions. The more you listen, the more you discover, something which is the case for most of Whale City. Recent single Big Wilma clocks in at just over two minutes, and it’s one of the strongest tracks on the record. The focus here is on unbridled energy, something represented by frenetic guitar lines and Everett’s intense percussion, both of which intertwine to leave Baker with a lyrical playground at his disposal. He makes good use of the track’s 120-second running length, sounding as much in a rush as he does calm and collected. Clams maintains this calm and collected vibe on 1000 Whispers, which features a groove-laden bass line courtesy of Romans-Hopcraft. There are some sweet harmonies in the background, which complement Baker’s half-spoken vocal monologues. The chorus is brash and gritty, exploding into action over a 3/4 percussive beat. This alteration in time signature is what makes 1000 Whispers sound that little bit more intriguing, once again allowing Baker to tailor his musings accordingly. Clams Baker Jr’s vocals are a recurring talking point on Whale City, with the frontman generally opting for a half-spoken tone which lends itself well to the band’s whacked out instrumental constructions. The Sweet Smell of Florida is spearheaded by a distorted guitar line and obscure backing vocals (think doo-wop on drugs), picking up in pace and intensity as Baker becomes increasingly manic in his vocal delivery. No Way Out is the second interlude on the record, making way for sleazy album highlight I Got Friends. The riff is dark from the off, and Everett’s groove-infected percussive stabs inject an extra sense of fucked up vibrance to the track. Baker sings of all the people he knows, including “a man who can make you disappear in seven different countries”. “Woo hoo, I got friends! That’s right, I’ve got friends” he adds during the chorus, one which introduces a waspy synth line to proceedings alongside the still-dark introducing riff. I Got Friends is the kind of song which will cause carnage at any Warmdüscher live show, and that’s guaranteed. It’s over before you know it, with title track Whale City picking up the conceptual thread as Baker introduces the listener to a handful of characters. “I know a boy named Jimmy who was raised in Whale City” he starts, introducing various of the city’s inhabitants over a sludgy mix of fizzled-out guitars and schizophrenic rhythmic passages.

Straight to the Top is the final ‘proper’ track on the record, with only one interlude (The Beginning) separating it from album closer Summertime Tears. Both tracks follow a similar path, incorporating slower rhythms and introverted lyrics to create a brooding whole. Baker sounds defiant on the former, reserving pensive observations for the latter. There’s not an awful lot of layering going on during Straight to the Top, which finds itself operating on a simpler instrumental level than its Whale City counterparts. Summertime Tears, on the other hand, is the kind of track which evokes images of foreign beaches and sunsets. Think Scheveningen without the torrential Dutch wind and crying children, or Brighton without the seagulls and ice cream vans. Plucked bass and a drum machine take the helm alongside a watery synth line, with Baker’s vocals slightly more audible than before. “Your tears remind me of summertime” he sings, and he sounds like he means it. It’s the perfect farewell song for a band like Warmdüscher, who thrive on the weird yet still manage to put out a track which sounds like unadulterated beauty to the ears. Make what you will of Whale City, but bear in mind that this is the kind of album which only a band like Warmdüscher could put out without sounding pretentious. Whale City is one of 2018’s most exciting records so far, and if the band make the most of the opportunities at their feet then don’t be too surprised when you find yourself spinning their wacky tunes on repeat. Whale City is due this week Friday (1 June) via The Leaf Label.