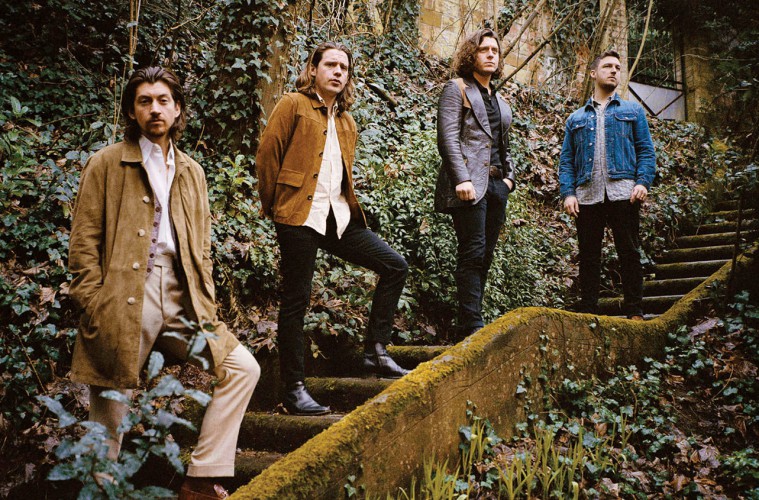 Alex Turner and co. took to San Diego’s intimate Observatory North Park yesterday to perform a 20-song set which leant heavily on 2013’s critically acclaimed AM. The outfit also performed a handful of older fan favourites, including show opener The View From the Afternoon, the sprawling 505 and rousing finale R U Mine?

Throughout the show, Turner and his band found the time to hand five songs their live debuts. Four of the five tracks are taken from new record Tranquility Base Hotel + Casino, which comes out next week Friday (11 May) via Domino. Four Out of Five and She Looks Like Fun both featured stage appearances by Tame Impala’s Cameron Avery, with the latter song previously featuring in a spaced out preview trailer for the album.

The remaining three songs – One Point Perspective, American Sports and AM b-side You’re So Dark – all operated on varying degrees of intimacy, utilising slow burning, fuzzed out guitars and lilting keys. All of this underpins Turner’s sultry voice, which is nothing short of sounding pretty powerful for a first live performance in more than eighteen months. Listen to full quality recordings of each song below.