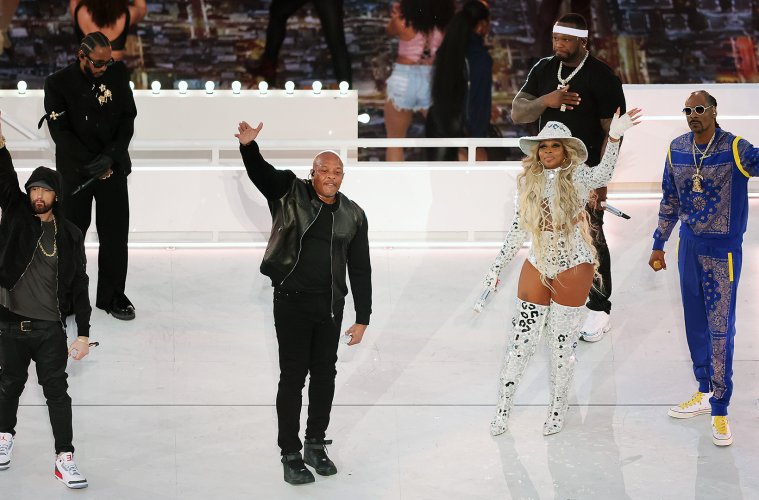 However prestigious the Super Bowl Half Time Show may be, you often find that its famed fifteen minutes are either a massive hit (Prince) or a damned miss (Maroon 5). Last night, rap icons Dr Dre and Snoop Dogg were tasked with giving California’s SoFi Stadium (plus millions of viewers at home) a night to remember.

Together with an army of fellow icons and trailblazers – Eminem, Mary J Blige and Kendrick Lamar to be precise – as well as a handful of special guests (among them 50 Cent and Anderson .Paak), the music legends brought a little bit of hip hop history to the stage. The stage, in this case, being an intricately developed structure of small white houses, store fronts and birds eye views of Los Angeles.

Over the course of thirteen minutes, Dre, Snoop and their crew took on a barrage of hits from The Next Episode and California Love to Blige’s Family Affair, Lamar’s Alright and a massive rendition of Eminem’s Lose Yourself. Hit or miss? A hit, by all means.

Check out the entire, star-studded performance below.