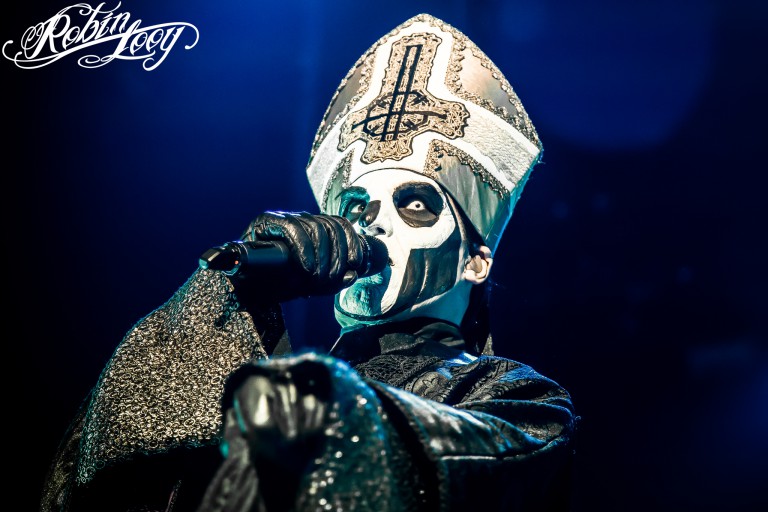 The outfit performed in the Swedish city of Gothenburg as they brought the expansive world tour surrounding 2015’s Meliora to an explosive and, for some, shocking end.

During set closer Monstrance Clock, two security guards are seen to be carrying Emeritus III away from the stage and towards the exit, with fans confused as to what had just unfolded in front of them.

Following moments of confusion, an older incarnation of the Ghost frontman is seen being walked onto the stage by two assistants, one of whom aids him with an oxygen tank.

Stopping centre stage, the cloaked man introduces himself as Papa Emeritus Zero. In a low, droning voice he kicks off the band’s new era by declaring it was time to “return to the middle ages“. This alludes to Ghost’s “darker” new album, which is expected in April 2018.

Watch footage shared by the band below.