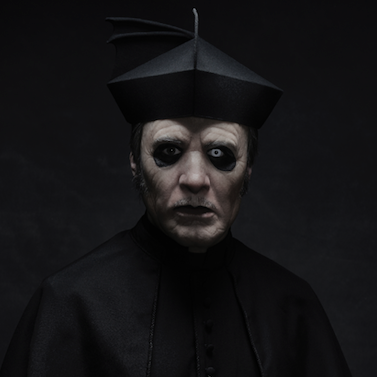 The Swedish hard rock collective recently bode farewell to Papa Emeritus III by means of a last public appearance in Sweden, with the face of his replacement seeing the light of day in a video this morning.

The video follows on from last week’s first teaser, which featured overlord Papa Emeritus 0 discussing the next frontman with a nun. Today, the world gets to meet Cardinal Copia.

Despite Papa Emeritus 0’s initial disagreement with the choice, the nun manages to force his hand and allow for the change in leadership, which will see continuation later this year by means of a brand new collection of music.

Meet the new leader below.