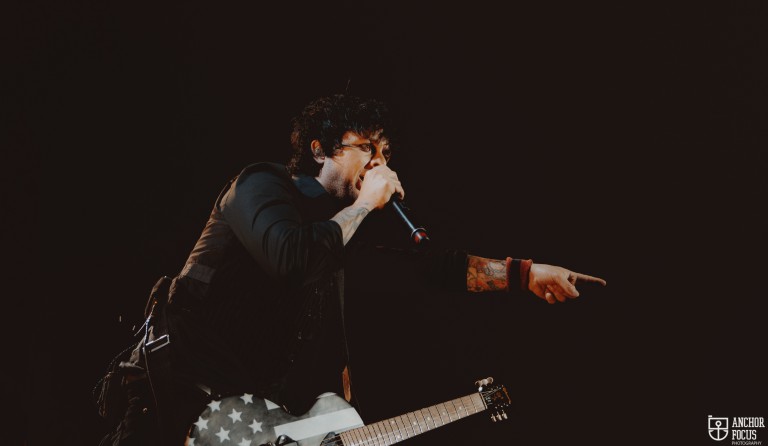 Members of Green Day and their team recently performed an entire set of covers under a secret moniker.

The Coverups is the latest in a long line of secret cover bands which have Green Day have performed in, with this incarnation also featuring tour manager Bill Schneider, audio engineer Chris Dugan and the band’s trusty live guitarist, Jason White.

Taking to the stage at San Francisco’s Thee Parkside last week Thursday (8 March), Billie Joe Armstrong and co. performed an hour and a half worth of covers, taking on the likes of The Replacements, Rick Springfield and David Bowie.

Kicking off just after 11pm, The Coverups managed to entertain some 100 fans for nearly two hours as they took them on a journey through the golden age of rock and roll. Check out shots from the show below, which also saw the band cover Tom Petty, The Who and The Ramones.

Last year, Green Day toured the world relentlessly in support of 2016’s Revolution Radio, an album which well and truly put the punk trio back on the map following a few years of inactivity. Listen to lead single Bang Bang below.