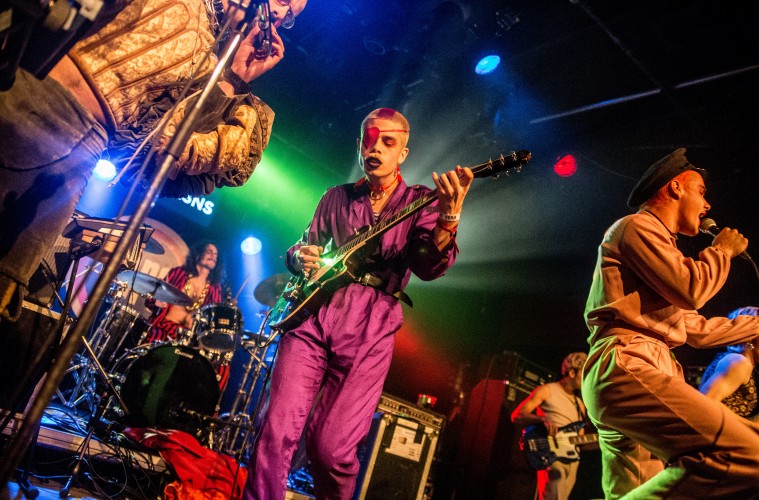 HMLTD are back with their first new music of 2019.

The London quintet have been relatively under the radar this year, having played just one show since last year’s short stint supporting Nine Inch Nails in Los Angeles. LOADED is the first HMLTD track to be released under Lucky Number Music, which could indicate that the band have been dropped by Sony.

Speaking of the track in a Facebook post, the band said: “LOADED is inspired by real events. It is a song about material wealth and spiritual poverty. We have scraped the barrel of our rattling, empty piggy-bank souls to bring it into the world. We did it for you, but mainly for us.”

Regular collaborator Rodaidh McDonald produced the track, the extravagant video for which you can watch below.

HMLTD tour the UK in October.