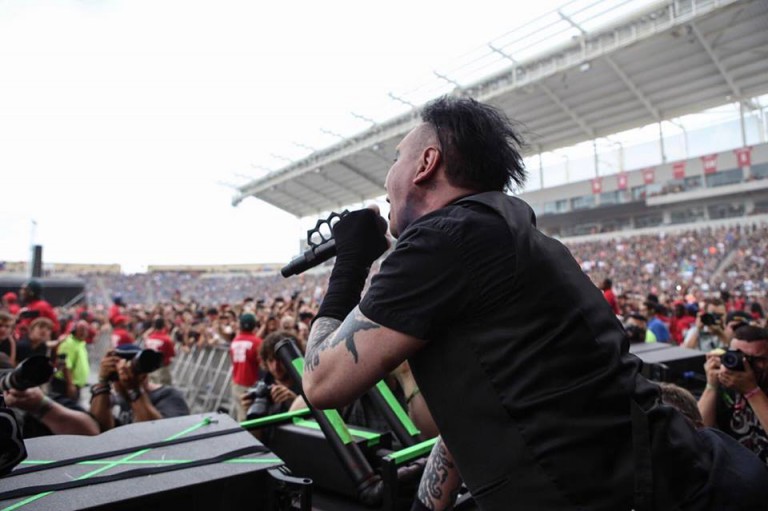 Marilyn Manson has enlisted the assistance of Hollywood star-cum-musician Johnny Depp for his latest video.

The shock rocker, who put out new record Heaven Upside Down last week, has shared the official video for single SAY10, a track which Manson had previously released well ahead of his new album.

The gory video features an appearance from Depp, who Manson has often spoken fondly of. Check out their collaborative effort below (NSFW).