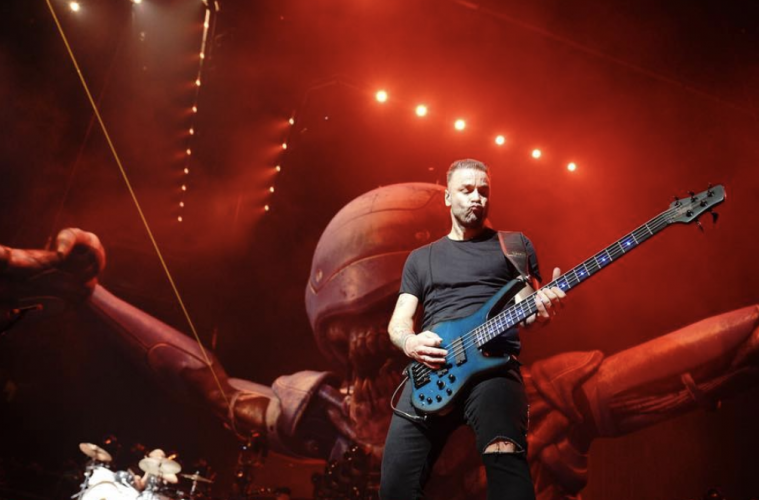 Muse kicked off the world tour in support of new album Simulation Theory last night with a larger than life show at Houston’s Toyota Center.

Matt Bellamy and co. breathed life into their most explorative album to date by means of a live show which saw them roll out their most ambitious stage production since the 2009 tour in support of The Resistance.

Thanks Houston for a great opening night #simulationtheoryworldtour

Dancers, an abundance of confetti and lasers and a massive fucking skeleton formed the backbone of the production, one which also saw the band perform 25 songs across nearly two hours. The set drew from across the band’s expansive back catalogue, with expected focus on Simulation Theory and even time for a new song – Pray.

In order to give you a taste of what to expect from the band’s live show this year, we’ve collected a handful of videos from last night’s show. Find the setlist here, and see for yourself what went down below.