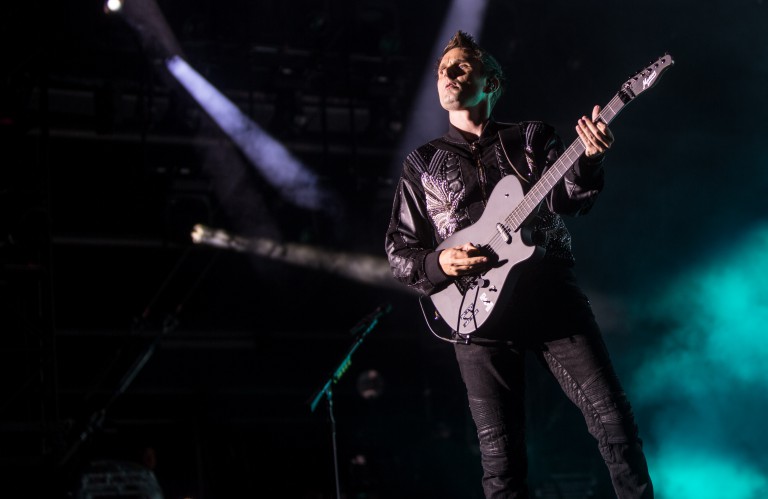 Muse have released the official video for new single Algorithm.

The track is taken from the band’s brand new studio album Simulation Theory, which is out today via Warner Music and serves as the follow-up to 2015’s Drones. Read Jack Parker’s review of the album here.

Algorithm picks up where the video for prior single Pressure left off, and it stars Brooklyn 99 actor Terry Crews as the head of a high school under attack on prom night.