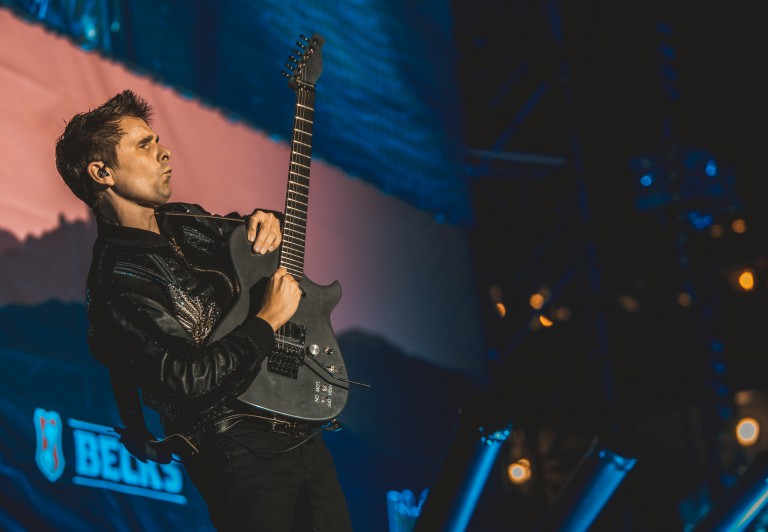 Muse have shared the official video for Pressure, the fifth track to be taken from upcoming studio album Simulation Theory.

In it, the band perform at a high school dance under the name Rocket Baby Dolls, which was the original moniker Muse performed as when they formed in Teignmouth more than 20 years ago. The clip is loosely based on the band’s early days in Devon, with director Lance Drake adding a futuristic sci-fi twist to proceedings.

Simulation Theory is due 9 November via Warner.