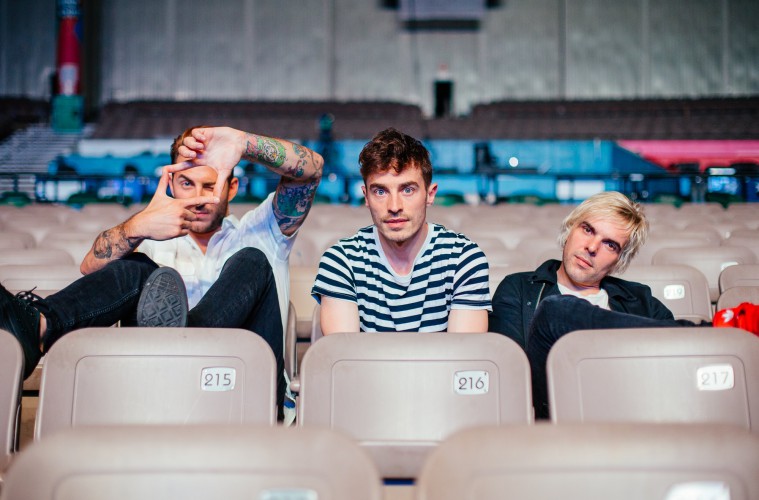 New Politics have released the official video for Color Green, which is taken from new studio album Lost in Translation.

Speaking of the clip, the band said: “This is one of the most personal videos we’ve ever released. It starts off showing Greg (one of Louis’ closest childhood friends) with his daughter and shows his daily routine through his eyes. Greg is one of many people out in the world who are color blind, and the way he sees people’s skin, traffic lights, etc. looks different and we wanted to shed some light on that.

We also want to give a huge shout out to Enchroma. They have an amazing pair of glasses that allow the color blind to see the world with enhanced color and because of them we were able to present Greg, along with a few other color blind people, with these glasses. The first time Greg, along with everyone else we presented the glasses to, tried on these glasses were caught in the video and seeing their reactions to how the world looks in full color was something that we can’t even put into words.”

Lost in Translation is out now.