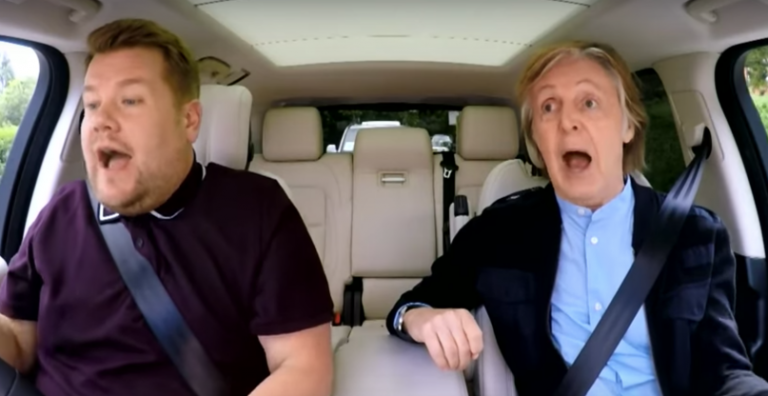 Paul McCartney has taken part in the latest episode of Carpool Karaoke.

The legendary Beatles bassist and renowned musician joined James Corden in the passenger seat for a special edition of the show, which saw Corden drive around McCartney’s home city of Liverpool as they sang along to Beatles classics and visited popular Beatles-themed areas of Liverpool.

The entire trip culminated in a surprise live performance at a local pub where The Beatles used to play, with visitors encouraged to pick a Fab Four classic on the jukebox as McCartney and his band subsequently played it. Paul also found time to take part in a karaoke version of his brand new single, Come On to Me.

Watch below as Corden and McCartney take on some of the band’s biggest hits as they visit his teenage house, Penny Lane and an old venue the band used to frequent.