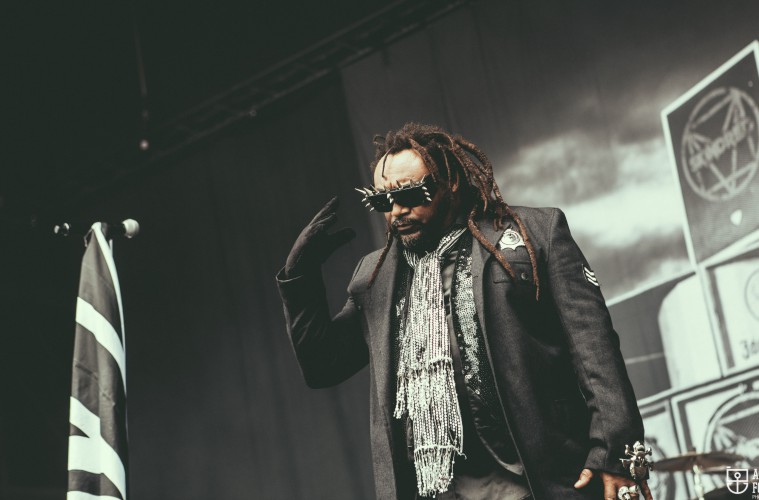 Skindred have released the official video for Machine, the first single to be taken from brand new studio album Big Tings.

The Welsh hard rock outfit will put out Big Tings via Napalm Records on 27 April, with it serving as the follow-up to 2015s lukewarm Volume.

Speaking of the video, the band said: “When we were told we were doing a video with the stunt team thats be behind the marvel films, James Bond and the Bourne films we knew we were in for a good time on the shoot! Throw in Gary from Reef and one of our fav bars in London (Big Red) and you have the ingredients for a really fun video! The idea is don’t judge a book by its cover. Skindred is inclusive. Not Exclusive. So when someone in a rock bar is being teased by some “rockers” for not being the same as them, he hits back! In a big way!”

Machine by Skindred on VEVO.