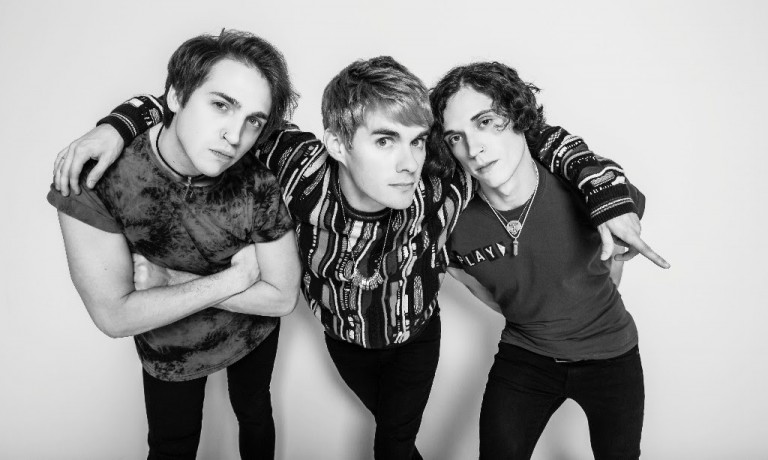 Waterparks frontman Awsten Knight has spoken out about the conflicting feelings which new album Entertainment have presented him.

In a lengthy statement posted to Twitter, Knight mentioned that the last few months have been extremely mentally and emotionally taxing, adding that the new album was “ruined” for him.

He further goes on to add that he has fallen in love with the new music once more, but that he was initially fearing the thought of playing the tracks live.

I’m not sure how to start so I just will. To be transparent and blunt, the last couple of months have been weird, difficult and everything else that sits in the realm of ‘bad’. I lost a lot mentally and physically. Certain things happened and to be (overly) honest with you ‘Entertainment’ was ruined for me.

I stopped listening to it and it felt weird to hype it in interviews. However, the worst part was the pure dread I felt thinking ‘Fuck I still have to tour on this and sing these words every night.’ The idea of that was actual torture.

It’s been fucking with me a lot more than I show it. Yesterday I sat down and listened, like LISTEN listened, and to be honest it didn’t sting the way I thought it would. The songs were still the same but at the same time feel entirely different. It’s like all of the meanings have new context and while it’s not as strong (the change in feeling) as I fully want, it’s getting there, at least to where I can listen and not feel a pit in my stomach anymore.

No matter how I feel towards the subjects I wrote about on ‘Entertainment’ (currently), I’m now able to listen to and love this album again. It’s a snapshot of me over the months of December 2016 – July 2017, with a few pieces of times much further back than that.

When I listened yesterday my primary thought was ‘Fuck. Fuck. This album is flawless. It is perfect. It is so good.” These are all things that I really needed to feel about it again. Soon, you’ll understand.

So hey, I’m excited ‘again’ for you to hear ‘Entertainment’. See you all again real soon.

Entertainment comes out on 26 January via Easy Life Records, and you can listen to new single Lucky People below.