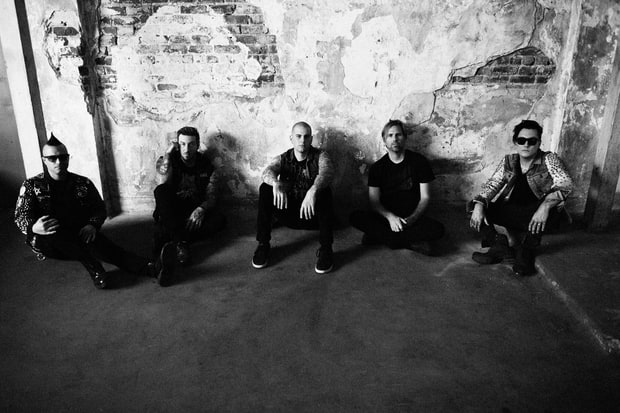 As time progresses, the traditional marketing techniques behind new music could be considered as predictable and stale. These days, everyone knows the drill: you post a teaser on Facebook, debut a track on the radio (if you’re heavy, Dan P Carter will have it covered) and then announce an album due a couple of months later. In the build-up to the record you promote it, release another track or two, and maybe play some shows. The music industry is a well-oiled machine, and everyone knows it. Marketing techniques obviously do differ depending on where you find yourself in the industry pyramid (which ranges from pop behemoths all the way through to up-and-coming rock bands), but the general outlines can be applied to everyone. That’s why new marketing methods are becoming vital to not just maintaining the industry’s excitement factor, but also as a means of simply keeping interest and investment in the industry alive.

We’ve seen our fair share of attempts at new marketing in the last few years, most notably Radiohead’s “pay-what-you-want” scheme for In Rainbows and Beyonce’s knack for dropping a record out of the blue. Now, hard rock outfit Avenged Sevenfold have had a go at releasing an album unannounced, marking a very important day for metal music. Although releasing an album with no announcement has been done before, it takes a lot of guts for a band with no guaranteed success (compared to the likes of the aforementioned Beyonce) to do the same and make a solid mark. This isn’t to say that Avenged Sevenfold (stylized as A7X) have no guaranteed success at all; rather, it’s to say that a metal band who have just released the proggiest album of their careers are less likely to sell millions than pop superstars like Beyonce and Taylor Swift. Which is why Avenged Sevenfold’s brand new record, The Stage, is such an important milestone in the way in which heavy music markets itself to the wider world. Metal has always been the genre of the introvert, a style of music for those who considered themselves alternative or ‘different’. It took a long time for the genre to make its way out of the underground and into the public eye, with the likes of Metallica and Iron Maiden originally (and, to an extent, still) flying the flag for anything that concerned heavy riffs, caterwauling vocals and pummelling rhythms. Metal music, as well as its vast sub-genres, has never been primarily concerned with mainstream domination, meaning that any bands who make the mainstream crossover are either praised for their effort or lynched and branded ‘sell outs’ to the genre. Avenged Sevenfold falls somewhere in between these two, having emerged as ‘just another heavy band’ who now find themselves atop the metal pyramid anno 2016. They’re capable of headlining festivals and arena’s the world over, with their underground and mainstream success so well-documented that they’ve essentially earned the right to do what they like.

And that’s exactly what they’ve done. At an hour and fifteen minutes in length, The Stage is a prog-laden masterpiece laced with fierce metal guitars and M Shadows’ recognizable (yet somewhat different) vocal wails. It sounds a world away from the band metal fans fell in love with all those years ago, but it still sticks true to the roots of their Huntington Beach origins. They may never be the same band without former drummer The Rev, but his spirit will always live on through their music and imagery. Abandoning talk of harlots and nightmares, The Stage focuses on Artificial Intelligence, nanobots and the Big Bang, the latter of which is musically recreated during epic album closer Exist. The band are operating on a totally different lyrical wavelength to their previous output, and it’s a prime example as to how A7X are progressing onwards and upwards into a world which may be even more ambitious than anything they’ve ever had in mind. That’s why the marketing (or rather, lack of) for The Stage is such a vital aspect to the record. As M Shadows himself said in an interview with Rolling Stone this week: “Everyone else is dropping the breadcrumbs, having four or five singles before their record comes out. It completely takes away the mystique of the record; by the time it actually comes out, you’ve already done 50 interviews about what the record’s about and is going to sound like. It’s 2016; people’s attention spans are so short at this point, who has time for three months of lead-up?” He proves a vital point here, and it almost seems as though the record’s subject matter falls hand in hand with their decision to release it out of nowhere: people have short attention spans, and they want everything as soon as they can get. In this technological age, that’s possible. Avenged Sevenfold wanted to take away the wait, providing fans with an instant product they could enjoy in whichever way, shape or form that they wanted.

It takes a lot of time and planning to do something of this level, though. The band were somewhat lucky that the record only leaked one day in advance, meaning that the collection of music they’d worked on for years had been kept a secret. Chris Jericho even tweeted that the record would come out in December under the name Voltaic Oceans, something which he’d jokingly agreed with the band so as to throw people off course. And it worked. The Stage’s lack of marketing sets an important example for the way in which other bands can somehow follow in Avenged Sevenfold’s footsteps. That’s not to say that A7X’s way is the right one (wait a week for sales figures to be released, then decide for yourself); rather, it’s to say that there’s far more to promoting an album than just going through the motions and making people wait for something they could easily grab a hold of as soon as they wish. We live in a world where everything is instant, but the music industry still has trouble grasping that concept. When you make fans wait up to four months for twelve songs, they’ll become impatient and start losing focus. Avenged Sevenfold avoided this, throwing a sonically-different album out into the world and giving people something to think about, something to talk about and, most importantly, something to listen to. Away with months of waiting and teasing, Avenged Sevenfold’s subtle “one single and then out”-method may well be the way forward for heavy metal and hard rock. It might take a while for other bands to muster up the courage of capability to follow in their footsteps, but it can be done. And if there’s anyone out there who can lead as example, it’s Avenged Sevenfold.

Stream The Stage below.