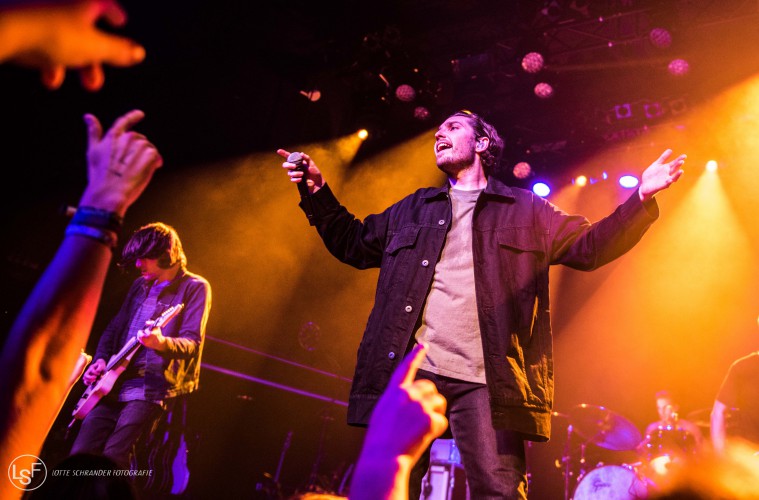 YOU ME AT SIX LIVE IN TILBURG / Lotte Schrander

Earlier this month, we crowned Radiohead‘s  A Moon Shaped Pool as our #1 Album of the Year. The album saw Radiohead back at their best following a number of years off the chart, and it further saw Thom Yorke and co. headline huge festivals the world over.

However, Radiohead weren’t the only band whose new output really stood out. In fact, 2016 has been such a vibrant year that fantastic new releases have sprung out from left, right and centre. We called up You Me At Six guitarist Max Helyer to find out which albums changed his life in 2016.

“I mean, it could go two ways. Earlier on in the year I would say that Iggy Pop’s Post Pop Depression stood out for me. Iggy is an icon, and what he does on this record reminds me a lot of his Berlin work. Having Josh Homme and Matt Helders on it too is just amazing. My favourite album of the year, though, is Childish Gambino’s Awaken My Love. It only came out two weeks ago, but I already love it so much. You can listen to an album once and know it will stay with you, but I’m already listening to this record at least twice a day. It’s just not boring. He used to be an essential hip hop artist, but now he’s pushed the boat out and become a funky, almost soulful artist. He’s an exciting musician to listen to, and I think this is one of those records that I’ll still be listening to in 5-10 years’ time. It’s the 20th of December today, and I’m still a huge fan of this record more than two weeks after it came out. I want to champion new music, and I think that this album can change my life.”

You can read our full interview with Max next month, in which he talks about new album Night People.