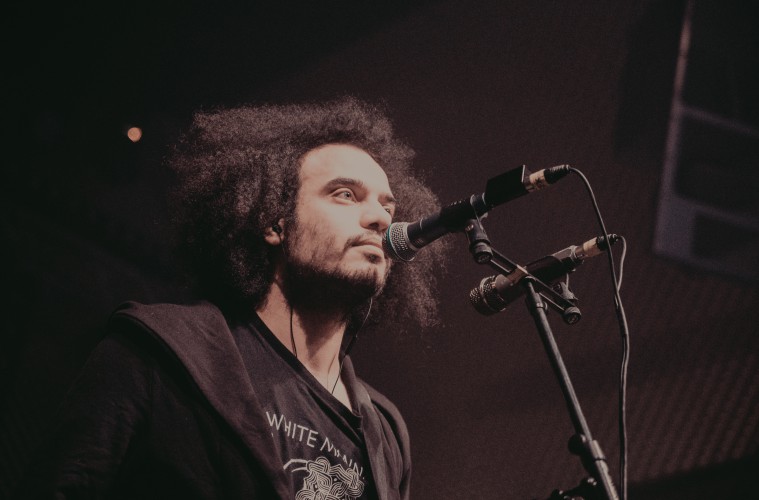 Swiss blues-meets-black metal project Zeal & Ardor conquered on the opening day of Eurosonic Noorderslag 2018. Manuel Gagneux and his spellbinding live band took to the Huize Maas towards the tail-end of a successful first day, one which saw a whole host of surprise star performances and enough rain to last a lifetime.

London trio Arcane Roots kicked off proceedings on the Huize Maas main stage, utilizing their unique blend of atmospheric post-rock and heavy metal to full effect as they impressed a near-full room. Set opener Off the Floor instantly set the tone, with the riff-heavy Matter only taking things to the next level. Arcane Roots’ stunning set climaxed with a manic rendition of Curtains, before Swedish duo Pale Honey followed them in Huize Maas’ front room with a set that highlighted their musical tightness and Tuva Lodmark’s impressive vocals. Fellow Scandinavians Velvet Volume followed swiftly, with their brand of raw and manic indie punk bordering metal-infused boundaries at best. Heavy riffs and pulsating rhythms formed the backbone of their set, which saw an early peak in popular single Look Look Look!

Away from the cosy confines of the Huize Maas, Groningen slowly but surely transformed itself into a wild party town which (as is standard there) saw no closing time but made way for plenty of revelry. EBBA Award winner Sigrid took to the Stadsschouwburg just shy of 11pm, celebrating her fresh Public’s Choice victory with a set which ticked all the right boxes. Sigrid is the perfect popstar, and if tracks like Strangers are anything to go by then you can expect her to take over the world over the course of the next twelve months. Danish punks Iceage took to the city’s legendary Vera not too long after Sigrid’s show came to an end, with the somewhat seasoned veterans presenting Groningen with a somewhat jarring and captivating performance. Their music is far from benevolent; rather, it’s vicious, frenetic and plain mad. From jangly guitars to a curious mix of violin and sax, Iceage pulled off everything you didn’t expect them to do.

The aforementioned Zeal & Ardor closed out the night in a sweaty Huize Maas, with Manuel Gagneux’s extremely unique blend of blues and black metal proving a success as the crowd watched on in utter, jaw-dropping awe. Accompanied by a live band and two male vocalists, all of whom were draped in black hoodies, Zeal & Ardor demonstrated exactly why the hype factor surrounding their music is so high. Early cut Come on Down saw strobes flicker at rapid pace, before Devil is Fine helped the set reach a crashing end. Tonight, Gagneux and his band will perform a second show at Eurosonic, and it’s sure to be just as much of a success as the first one.