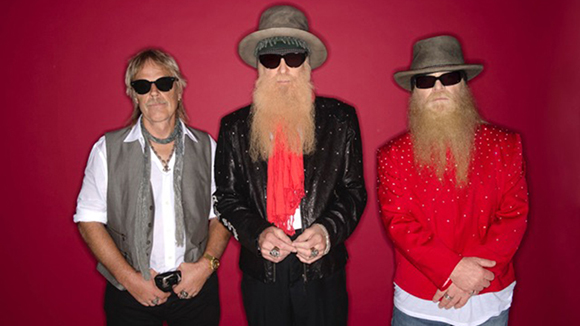 ZZ Top Disappoint at the Heineken Music Hall: A Piece by Kees Braam

How did two bearded men and one not-so-bearded man become world famous? Thanks to the classic and timeless riffs that have proven to be a major part of rock’s history for decades, of course. Texan rockers ZZ Top visit The Netherlands on a regular basis, but does a regular visit equal a quality visit? Tonight we find out at Amsterdam’s Heineken Music Hall.

Supporting ZZ Top is the American Ben Miller Band, consisting of four members who hail from four different states. Starting off with a cinematic sounding intro piece, the band took to the stage in front of a full crowd of 5,000 people. Their stage production has a cartoony vibe to it, with guitarist Scott Leeper wearing a gigantic red hat whilst violinist Rachel Ammons has her long hair blown by a massive fan. Their performance is a good one, with the exceptional Ammons being the biggest star onstage. A big thank you from frontman Ben Miller to “the wonderful people” of ZZ Top and the audience preceded cover versions of House Of The Rising Sun and Black Betty, bringing the impressive set to an end.

As soon as the Texans in ZZ Top hit the stage, they’re welcomed by a massive applause. Got Me Under Pressure is the show’s opening song. However, the sound seems to be off and the mood has yet to be properly set. Up next is Gimme All Your Lovin’, which is probably ZZ Top’s most well-known song. While we’re only into the second song, something seems to be totally wrong with either the sound, or the band’s playing.

A few moments later, we come to realize that it’s a combination of both these factors, which are so vital in live performance. Guitarist and lead vocalist Billy Gibbons’ guitar playing nowadays is not something he should be proud of. Drummer Frank Beard also seems to be too tired to hit the notes correctly, and almost continuously misses the beat, leaving the only remaining member, bass player and singer Dusty Hill, no other choice than to play a sloppy show too. People in the audience seem to notice these problems as well, meaning that quite a few people decide to walk out halfway through the show. While ZZ Top’s greatest hits have yet to come, they’re already too late to prove that they’ve still got it. Sharp Dressed Man, Cheap Sunglasses and Tush all sound equally disappointing as the rest of tonight’s set.

It’s a sad thing to see three men performing in such poor condition. While the band is renowned for producing some of rock music’s greatest songs, tonight’s performance in Amsterdam is utterly disappointing. That only leaves one question: should ZZ Top continue touring or not? “No, they shouldn’t” is the answer.

Kees Braam is a musician and writer from The Netherlands.