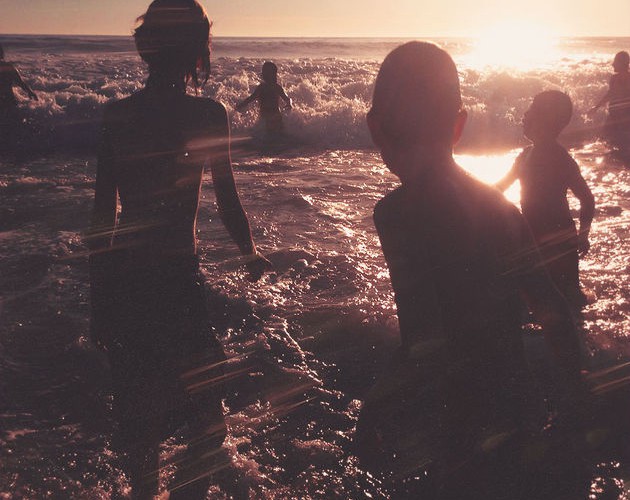 Back in 2009, Californian outfit The Growlers penned a song which somewhat sums up the ways in which we react to and feel about change. The track, titled People Don’t Change the Blues, opens on a poignant opening couplet of “Change, people don’t change. People don’t change when you want them to”, and although its nonchalant delivery lends itself well to a scuzzy drugged up warehouse in Costa Mesa, its underlying message is becoming more and more applicable to artist the world over who are picking up the musical mantle and switching things around. Now, The Growlers aren’t further relevant to the point of this article, however a track like People Don’t Change the Blues does seem like a good way of explaining why Linkin Park have made such a drastic sonic transformation on brand new studio album One More Light. Its significantly poppier direction has caused much uproar within the alternative community, but why? Because it’s a drastic change and, in the case of Linkin Park and according to many a fan, not the change that fans wanted them to make. There’s only so much alteration that people can adjust to, though, which means that fans constantly remain unimpressed when their favourite artist heads down a path which isn’t in line with their own hopes and desires. Chester Bennington and Mike Shinoda during a press day in Amsterdam this year. (c) Jack Parker

Artists aren’t (and shouldn’t) be concerned with fans’ reactions to change, and this is something which Linkin Park frontman Mike Shinoda has made a point of in previous interviews. Speaking to us in March, he described One More Light as an album bereft of ESP guitars (a comment which lit up the guitar world) or anything remotely heavy. In fact, the only thing heavy about the album is its subject matter, which has become so personal over the years that Shinoda, co-frontman Chester Bennington and co. decided to shake up the songwriting process and turn everything on its head. Instead of writing angsty lyrics to suit their guitar-driven nu-metal cuts, they chose to pick a topic on their mind and craft a song around said topic which suited it sonically. Now, don’t get us wrong, but would you write a heart-to-heart for your child and then coat it in gritty riffs, pulsating beats and screams. Probably not, and that’s exactly what Shinoda claimed in March when discussing the new songwriting process the band took on for One More Light. The album places the band in a new dimension, one in which they shouldn’t be perceived as sonic sell-outs (“hurr durr, they need money”), but rather as a group whose musical progression has taken on so many different directions that nothing should sound ‘out of place’ anymore.

But is the album actually any good? In short, yes. Album opener Nobody Can Save Me possesses a poppy swagger which carries on into popular new single Good Goodbye, a collaboration with rapper Pusha T and grime hero Stormzy. It’s the only track on the record which allows Shinoda to show off his rap skills, with his vocal contributions on the rest of the album significantly lesser than usual (what he lacks in vocal presence is made up for by his production input). The alt-rock leaning Talking to Myself sounds like a track which Bennington will most likely pull off well live, its added rhythmic punch forcing itself right into the core of the listener’s mind. The aforementioned three tracks are a decent start to One More Light, which clocks in at a rather short 35 minutes. Earlier single Battle Symphony certainly serves as a high point, incorporating hypnotic samples and a smooth blend of live and programmed percussion alongside a monstrous chorus. As slower Linkin Park tracks go, it’s certainly a solid one. New single Invisible slows proceedings down slightly, giving Shinoda a chance to sing about the personal relationship with his children. It leads into Kiiara collaboration Heavy, which was the initial catalyst for fans to start ripping on the band. The track centres on topics such as mental health and personal battles, concepts which are tackled throughout the record with effortless ease.

The record’s four remaining tracks follow similar musical paths as the preceding six (i.e. poppy, radio-friendly tracks), although title track One More Light does strip everything down to make for a climax worthy of any of Linkin Park’s older records. A haunting guitar line and synth wobble are the only accompaniments to Bennington’s fragile musings, making way for the irritating folk-tinged album closer Sharp Edges. Unfortunately it’s not an ideal album closer, and had they switched it with the title track then you would’ve enjoyed an even more powerful ending. At ten tracks, the record isn’t as long as it could’ve been. Its metaphorical curtain call comes faster than you’d have expected, but that was likely the intention behind the record: short-but-sharp pop tracks which ought to be listened to in quick succession, and which aren’t drawn out to the point of exhaustion. These songs shouldn’t sit on (for example) an hour-long concept record, and the concise length of One More Light somehow seems like the right decision for a band who needed to unleash their most heartfelt and personal thoughts into a solid collection of music, even if the production side of things does sometimes fall just short off the mark.

Like The Growlers once sang: “people don’t change when you want them to”. And he’s right, because One More Light is yet another example of Linkin Park’s multi-faceted ability to take on any musical direction and put a spin on it which you won’t have heard before, nor had anticipated in advance. Sure, it’s definitely a pop record and it is a departure for the well-trained fan, but that doesn’t make it a bad record. If One More Light were the debut album by a brand new band, they wouldn’t receive half as much shit as Linkin Park did for “turning their back on nu-metal” or “not making another Hybrid Theory”. Instead of constantly comparing it to their seminal breakthrough record (which, to be frank, is also great), fans should understand that One More Light is a fine collection of music in its own right, and that Shinoda and co. should be satisfied with the final product, even if it isn’t to everyone’s tastes.