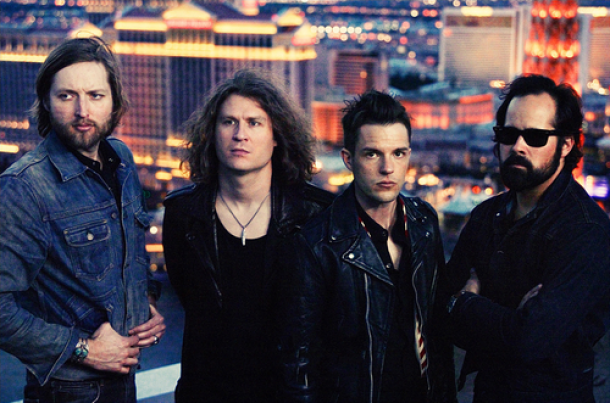 The Killers have released a brand new single.

The politically-charged Land of the Free is Brandon Flowers and co.’s first new music since 2017’s Wonderful Wonderful, and it’s set to be taken from the band’s sixth studio album, due in 2020. Speaking to Beats 1 host Zane Lowe following its premiere, Flowers said: “In a perfect world, I could see the end of the year having something, but it’s probably more likely that it would be early 2020.”

The song directly addresses Donald Trump’s border wall, with a gospel choir accompanying Flowers’ soothing vocals and pro-diversity lyrics. At one point he refers to America’s broken prison system, singing: “In the land of the free we got more people locked up than the rest of the world / Right here in red white and blue, incarceration’s become big business, it’s harvest time out on the avenue.”

Renowned filmmaker Spike Lee directed the track’s official video, which you can check out below.