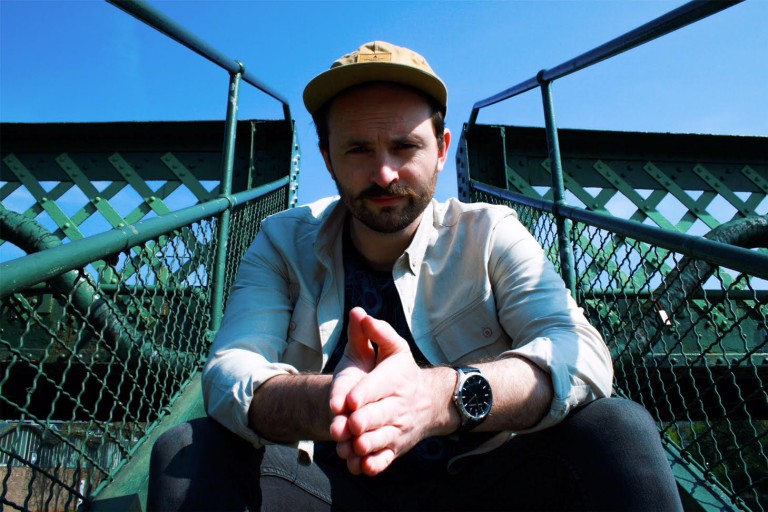 If you’ve never heard of new project FutureLives before, then prepare to have your mind changed and subsequently blown. You may know the project’s head honcho Ross Smithwick via his other band, Lonely the Brave. It’s the band which has seen Smithwick travel the world and play in front of practically trebling crowds, however most people had never been aware of Smithwick’s work on the side. FutureLives finds itself at the core of what the musician loves and believes in, with debut EP, the punk-infused This is Living, set for release on 1 September. We caught up with Smithwick, who told us more about his project, its influences and how it stands alongside Lonely the Brave.

Hey Ross! How’s things been lately?
Great, thanks! Having a great summer in Bristol. I love living here.

Can you tell me all about your new project, FutureLives?
Future Lives started as an idea years ago. I started coming up with ideas for it just before I joined Lonely the Brave, so obviously once everything kicked off with that I had to put these ideas on hold. It’s taken a little while, but now it feels like the right time to get this project out there. At the start of 2017 I finished the initial ideas and wrote a load of full songs, recorded them right away and am now releasing the first EP. As for influences, I guess it’s everything that’s happened to me over the last few years. Life itself influences you on a daily basis. Musically, this is the faster, punkier, even poppier side of me coming out.

How does this sit alongside your work with Lonely the Brave, and does anything tie the two together?
This is completely different to Lonely the Brave. What mainly sets it apart is that it’s just me writing and playing everything (apart from the drums). It’s all of me coming out through the music. With Lonely the Brave, we write as a whole band; which is great, but there are avenues I want to go down on my own and I have my own voice that I want to get out.

How do you plan on bringing your songs to the live stage?
I have been working hard over the last few months with two great dudes in Bristol. Lewis Convoy will be playing drums, with Joe Pool on bass. We will be starting as a three-piece, and experimenting using some triggers and samples for the synths that are on the record. It’s all starting to come together so we’re looking to start playing shows in the autumn. I’m really excited to bring this project to the live circuit.

And how do you see this progressing in the future alongside or separate to your other musical work?
I want this to be as successful as can possibly be. I’m putting everything in to it right now, and the feedback has been great so far. I’m really excited to get it properly out there! I want this to run alongside Lonely The Brave, and as we haven’t had many shows this year it’s been easy to do. I am as passionate about Future Lives as I am about Lonely the Brave, and to me it’s not just a side project. Obviously once Lonely the Brave start touring again I’m going to have to work out how to time things, but it’s very doable. Lots of artists have two or more projects.

Some elements of the above interview have been edited for clarity and/or cohesion. You can give FutureLives a like on Facebook here, and you can follow them on Twitter here. Listen to new single Ex Marks below, and keep an eye on FutureLives’ social channels for the first tour dates.