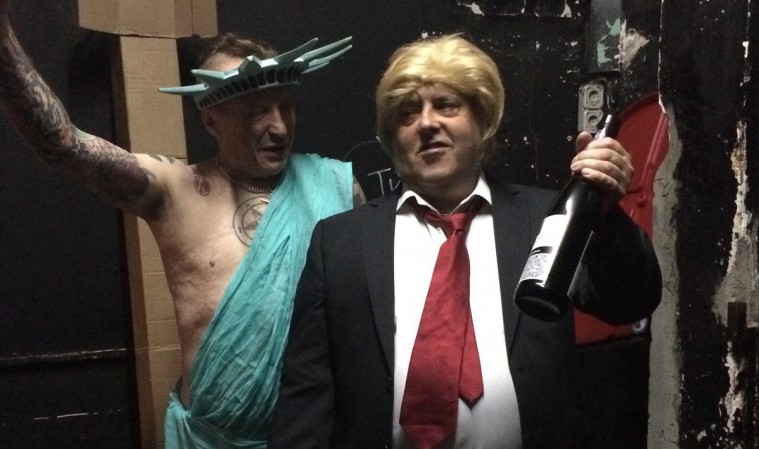 Punk Vocalist Mocks Trump, Is Denied Entry Into the USA

Speaking to Team Rock, Bywaters explained that he had been on the ground no longer than thirty seconds when he was confronted by customs officers and subsequently questioned. “I had only been there 30 seconds when the customs and border control guard swung his screen round and said: ‘Is this you?’”

“There in full view was a video from last year’s German tour with me dressed as Donald Trump smoking a fake joint. From there it all went down hill. Six hours later I was forcibly escorted to my seat on the plane.”

He and his band were due to perform at the Santa Ana-based Punk Invasion Festival when the incident unravelled upon Bywater’s arrival. The set went ahead with replacement vocalists.

Watch a video of Bywaters dressed and performing as Trump in Germany below.