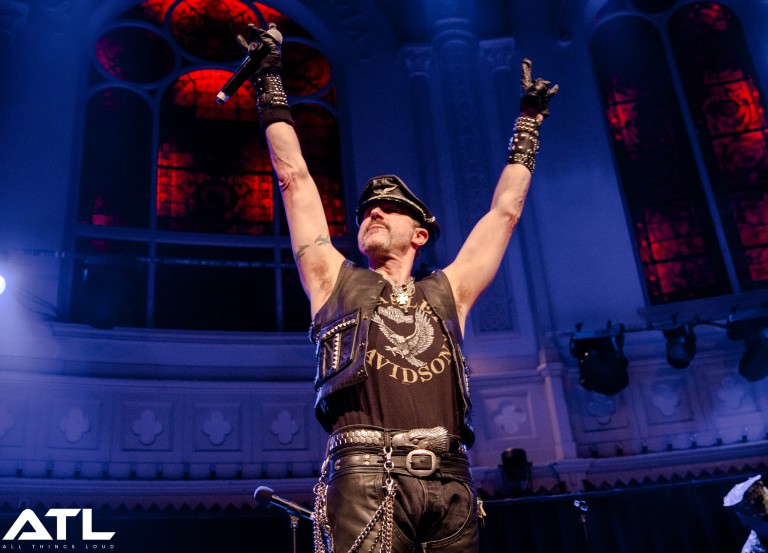 We’re currently in the midst of the 2017 Pride period, which essentially celebrates loving who you are and being whatever you want be, regardless of what that is. If there’s one band who have been at the forefront of this movement throughout the last forty years, then it can only be the Village People. The legendary sextet, all clad in outfits traditionally deemed as ‘macho’, have spent their expansive career partying till the sun goes down by means of instantly memorable, funk-laden disco bangers. They haven’t even needed to release new music since the 70s, such is the longevity of encouraging hit In the Navy, dancefloor filler-cum-football chant Go West and all-time favourite YMCA. All three, and some twelve more, featured during the group’s set at Amsterdam’s legendary Paradiso last night. The show was by no means a sell-out, however that didn’t seem to faze the party-loving band as they entertained the crowd and paraded around the stage in ways only they know how. Check out a gallery of shots from the show below to catch a glimpse of what went down on a sunny night in July.