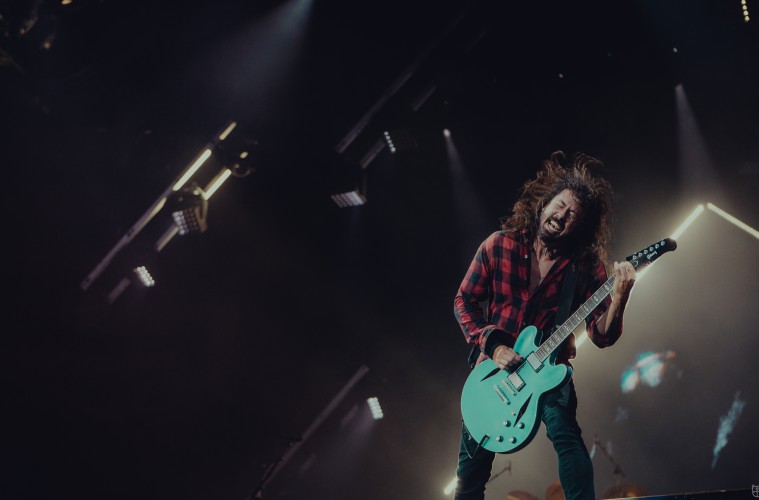 Last night, Foo Fighters returned to the same Swedish stage which Dave Grohl infamously broke his leg on back in 2015.

The Ullevi Stadium in Gothenburg marked a huge turning point in Grohl and co.’s Sonic Highways album campaign, with the injury famously putting Grohl in a glossy wheelchair-slash-throne as he completed the rest of the band’s tour seated.

Visitors of Foo Fighters’ comeback at the Ullevi Stadium last night had desperately hoped for no repeat of the 2015 incident, but what Grohl and co. had in mind to surprise them with was probably one of the best pranks the band have pulled in recent memory.

Watch below as the entire band sans Grohl take to the stage whilst a stuntman runs on and intentionally falls off the catwalk, only for Grohl himself to run up and surprise the 70,000 strong audience.

Foo Fighters are currently on the road across Europe in support of new album Concrete & Gold.